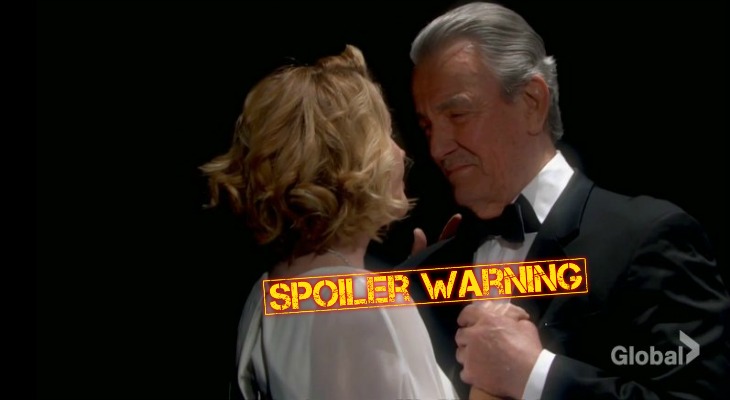 “Young and the Restless” spoilers for Monday, December 24, tease that Reed Hellstrom (Tristan Lake Leabu) will remain concerned about his grandmother. At home, he frets to Billy Abbott (Jason Thompson) about Nikki  Newman (Melody Thomas Scott) potentially dying. Billy can tell that Reed’s having a rough time, so he texts Victoria Newman (Amelia Heinle) to let her know.

Meanwhile, Victoria makes a speech by Nikki’s bedside. She feels responsible for the strain Nikki was under but believes Nikki’s got some fight left in her. Victoria hopes her mom has the strength to wake up. Nick Newman also has some words of encouragement for Nikki. He wants to hear her laugh again and vows to be a better son if she’ll just awaken.

Nikki’s stuck in a coma, but she imagines she’s playing the piano while wearing a white gown. Nikki hears her children speak to her and recalls Reed’s admission of guilt. Victor (Eric Braeden) appears soon after and tells Nikki not to go into the light. He invites her to stay and keep playing the piano, so she does. They dance together and share some sweet moments as a mysterious figure shows up in the real world.

The #Niktor fans are going to love Monday’s #YR! In Nikki’s mind, she’s at a piano when she sees a light. Victor appears and doesn’t want her to go toward the light, so he says, “My darling, play for me.” Nikki plays Nadia’s Theme, gets up from the piano and she and Victor dance! pic.twitter.com/1c7WyKF37F

Reed is still upset when Victoria returns to the house, but she offers reassurance. Victoria notes that none of this is Reed’s fault. She puts all the blame on the hit-and-run driver, which only makes Reed’s guilt intensify. Victoria gives her son a hug before joining Billy with their little ones.

Katie (Sienna Mercuri) and Johnny (Holden and Ryan Hare) want to see their grandma, so Billy and Victoria have to admit she’s not coming for Christmas. They lift the kids’ spirits by suggesting reminders of Nikki like singing her favorite songs and reading a story she would normally read them. Afterward, Reed notices Victoria leaning on Billy for support.

Young and the Restless Kyle and Lola Exchange Gifts

At the Abbott mansion, Kyle (Michael Mealor) and Lola’s (Sasha Calle) gift exchange gets underway. She frets over her discount watch not being as good as his expensive one, but he loves it. Kyle notes that knowing who it came from is what makes it the most meaningful. Lola’s also pleased with her handbag, but big trouble’s brewing over this present.

“The Young and the Restless” spoilers say Lola will flip out over the hefty price tag later this week, so Kyle’s about to get dumped! We’ll give you updates as other Y&R news and rumors emerge. Stay tuned to see what’s next in Genoa City.