The Young and the Restless Spoilers: Fen Goes After Kyle’s Girl 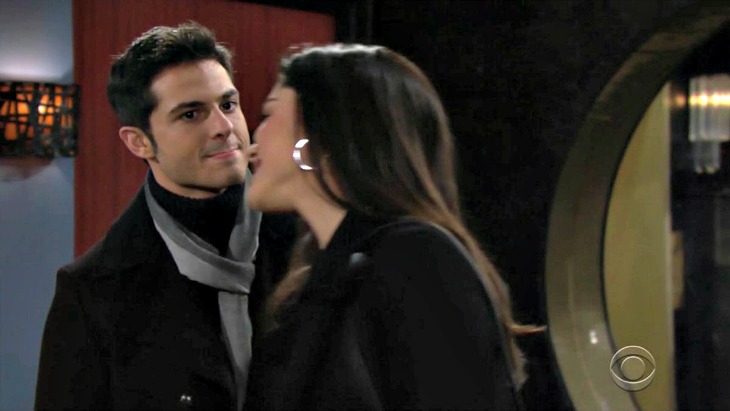 The Young and the Restless (Y&R) spoilers tease Fen (Zach Tinker) will break bro code and make a play for Kyle’s (Michael Mealor) girl, Lola (Sasha Calle). Now that Fen is out of law school, he has a bunch of time on his hands. And, he decides to kill time by pitching in and help Lola with her food truck. Not only does the gig help him with a little paycheck, but he begins to get to know a gorgeous woman. Will it lead to trouble with his good ‘ol pal, Kyle?

Abby (Melissa Ordway) asks Lola to cook a private dinner for Devon (Bryton James). Of course, Lola immediately agreed. However, by agreeing to cook Devon dinner, she had to cancel her date with Kyle. Fen suggests she thank him for his help by going out with him. Of course, Lola wasn’t sure about that, but admitted that she would love to see him in a waiter uniform—working for her!

As you can imagine that was not what Fen had in mind. He wanted to wine and dine her. He didn’t want to slip into a waiter uniform and wait on Devon and his guests. Fen tries to get out of it, but he quickly realizes that Lola is serious about wanting him to spend the night with her at Devon’s shindig.

I really like nuFen! I hope he does give Kyle competition for Lola's heart ❤️#YR pic.twitter.com/4BFpdgY6V7

Young and The Restless Spoilers – Win/Win

Young and the Restless spoilers point out that Fen thinks about helping out at Devon’s dinner party and he realizes that this could be a good thing for him. He would be close to Devon and could maybe slip him his demo tape. And, as an added bonus, he will get to spend quality time with Lola. It’s a win/win for him.

Will Kyle let Fen come in and sweep Lola off her feet? Will Devon give Fen a chance? Don’t forget to come back later for more Young and the Restless (Y&R) spoilers, news, and casting updates!

Bold and the Beautiful Spoilers: Taylor Out of Control – Brooke Worries For Hope and Kelly’s Safety