What Is In Dr Obrecht’s PC Future? General Hospital Kathleen Gati Reveals What She Knows 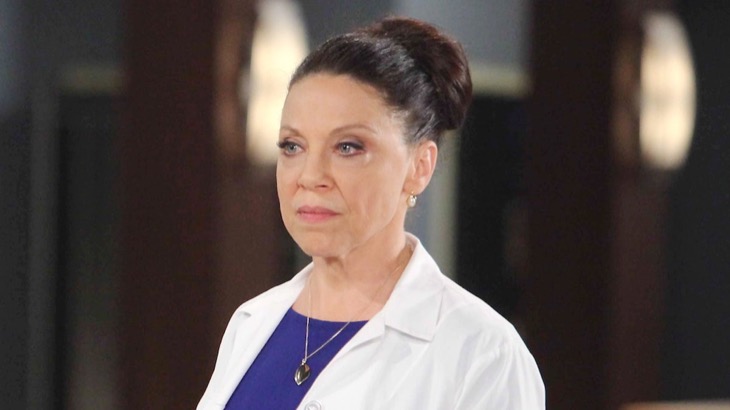 A lot of fans keep asking the same question: what is in Obrecht’s future? And it turns out that General Hospital star Kathleen Gati doesn’t even know herself. As a matter of fact, the actress admits that she’s in the dark about her character as much as her fans are.

Speaking to ABC Soaps in depth, Kathleen says that even though Obrecht has been on the run from the Port Charles Police Department, fans can expect to see her on the small screen any day now. Whatever happens after she that though, is anyone’s guess.

Kathleen told the publication, “I love to do other stuff, but this is my number one show. Anytime [General Hospital executive producer] Frank Valentini wants me, I’m there. But if you don’t need me, this is what I do for a living. I have to find other work. So if you want me, tell me.”

As far as her other work is concerned, it looks like Kathleen’s hands are pretty full right now. She added, “I’m starting another audiobook, and I have stuff coming up that I’m not privy to speak about. I’m going to be pretty busy for the next little while.”

And while Kathleen has a full schedule, here’s hoping that she will also have plenty to do in front of the General Hospital cameras as well. Of course, fans will just have to tune in to find out what will happen next!

This Is Us Season 3: Does Kevin Have A New Love Interest?