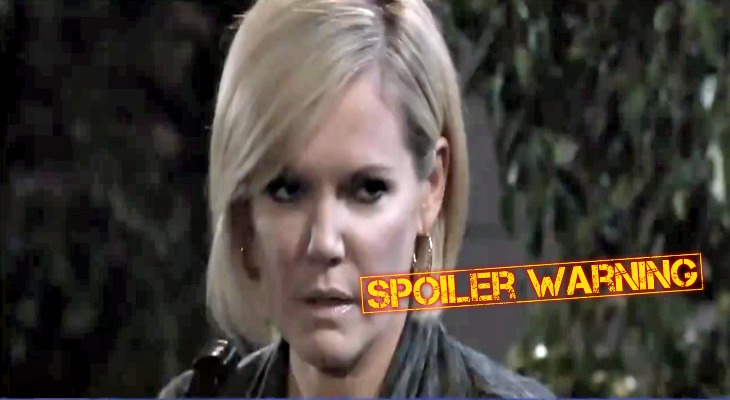 General Hospital (GH) spoilers for the week of Monday, August 27 Through Friday, August 31, 2018 tease that we will have a short week filled with updates, one helping another and let’s not forget plenty of drama. Although we will only have two new episodes this week it will still be packed with lots of action, so make sure not to miss a moment!

This week, Kim Nero (Tamara Braun) will deliver an update on Nelle Benson (Chloe Lanier), so it appears she is not completely out of the picture. Although we will not be seeing Nelle we will still be hearing lots about her.

Chloe Lanier teased that her time on the show may not be finished either, so we will just have to wait and see. Some fans would even like for it to turn out that she is perhaps Nina Reeves Cassadine’s (Michelle Stafford) daughter. Are you GH fans missing Nelle?

Meanwhile, Julian Jerome (William DeVry) will work to ease Brad Cooper’s (Perry Shen) mind. As we all know Brad is covering up the fact that the child he and Lucas Jones (Ryan Carnes) has is actually Michael Corinthos’ (Chad Duell) and the one they adopted passed away.

Julian wants the same thing as Brad, and that’s protecting Lucas from getting hurt or getting in trouble for the mess Brad started. Julian will continue to work to make sure the birth mom changes her mind about wanting the baby back. There is no telling what lengths Julian will go to make that happen. Do you think he will wind up finding himself in trouble?

Elsewhere, Curtis Ashford (Donnell Turner), Jordan Ashford (Vinessa Antoine) and Stella Henry (Vernee Watson) will seek outside help to assist them in dealing with their differences. Curtis will make an appointment for family counseling in which Chandra Wilson from Grey’s Anatomy will be playing Doctor Francine Massey. Curtis and Jordan would like to get their family problems under wraps before they get married. Stella will be reluctant. Do you think she will ever come around?

Ava Feels Backed Into A Corner

For the other residents of Port Charles, Sonny Corinthos (Maurice Benard) will consider his next step. Griffin Munro (Matt Cohen) gains a little insight. Ava Jerome (Maura West) feels backed into a corner. Oscar Nero (Garren Stitt) will pay Sonny a visit. As you can see we have a very short but exciting week.

On Wednesday, August 29, Thursday, August 30, and Friday, August 31 GH will be airing encore presentations. As well as on Monday, September 3 as part of 2018’s Labor Day pre-emptions. The cast will have some time off and those who have missed some episodes will have time to catch up. In the meantime, be sure to check often with Soap Opera Spy for all your soap needs!

What Is In Dr Obrecht’s PC Future? General Hospital Kathleen Gati Reveals What She Knows

The Bold and the Beautiful Weekly Spoilers August 27 To 31: Liam Walks Out On Ultrasound – Bill & Katie War – Hope Expresses Concern

General Hospital Spoilers: Lulu Torn and Confused – Has Feelings For Dante And…