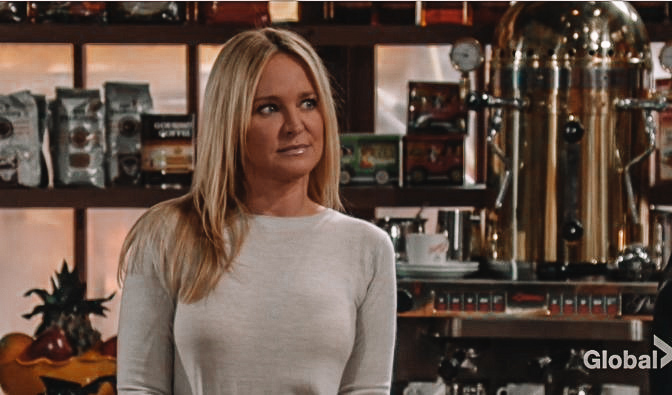 Sharon (Sharon Case) lambastes Nick (Joshua Morrow) on ‘The Young and the Restless’. But what else is new? Well, actually, Rey (Jordi Vilasuso) appears positioned to become Sharon’s new go-to guy, despite the to-be murder investigation he’s soon to uncover and then solve.

November looks to be the month where all is exposed regarding the J.T. (Thad Luckinbill) storyline. Kelly Kruger’s (Mackenzie) return is scheduled then. Combine that key cast point with Ratings’ Sweeps month and the long-awaited, surely consequential end to what has proven to be a skillfully written and engaging tale happens. Okay, so how will that impact Sharon?

Sharon storms into Dark horse (btw we still don’t know what this so-called business is about do we?):

“you told Rey to stay away from me.”

“he’s causing trouble for us,”

Rey has purposely become Sharon’s new best friend because he believes she represents the best source of gettable information. He does not consider her to be stupid, or weak, as in the weakest link in the coverup crew he’s become aware of since moving to Genoa City. Instead, Rey perceives Sharon as someone who is honest and will eventually do the right thing when called upon.

Intended with Rey’s job offer at the GC Police Department, Sharon now has regular contact with her colleague. Their proximity increased further when Rey rented an upstairs apartment at Crimson Lights.

Nick’s name is purposely being cited for a second time late in this feature to underscore the increasing distance he has from Sharon’s day-to-day life. That realized consequence is making him angry, which has caused Nick to begin acting out against Rey.

Sharon tired of Nick needing to believe he was her hero long ago. One of the points she liked about their renewed relationship earlier this year was his seeming maturity into an equal. Then, the J.T. gaslight took place, Dark Horse followed, she learned about Phyllis (Gina Tognoni), and everything crashed.

Nick seems unable to control his emotions, or realize that he’s pushing Sharon away by trying to force ‘Shick’ to remain together. That’s why she’s lambasting him and with that, Rey’s appeal continues to increase. 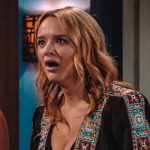 The Young and the Restless (YR) Spoilers: Summer Right About Phyllis, But Not Billy

When the J.T. climax happens, or soon thereafter, might ‘Shey’ supplant ‘Shick’? That soapy prediction looks good as of now.

The Bold and the Beautiful Comings And Goings: Wayne Brady Joins B&B