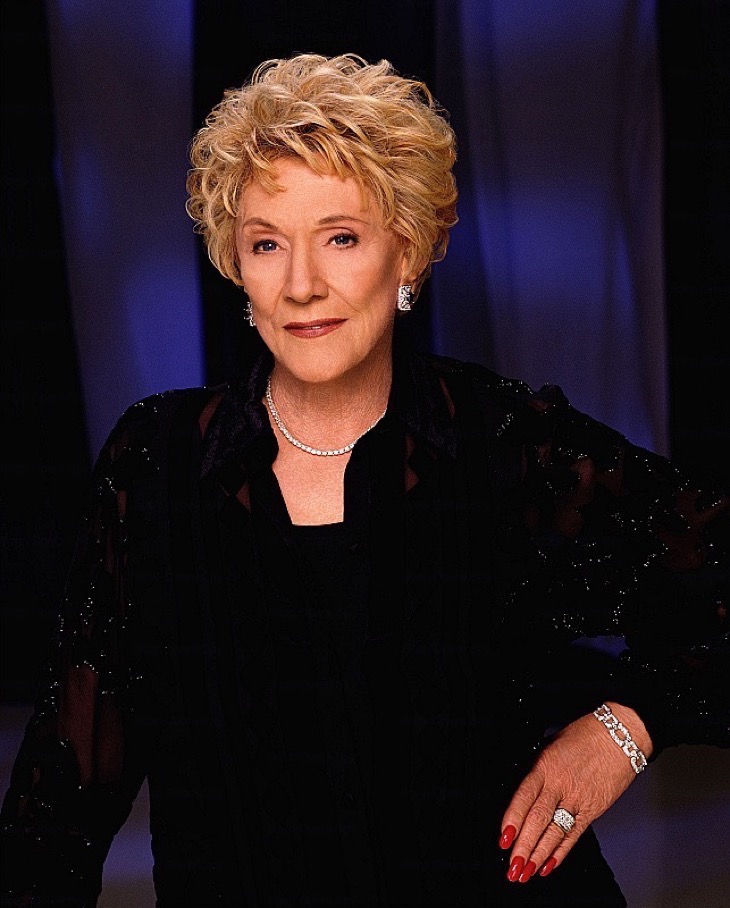 On May 8th of this year, we will mark the anniversary of the loss of beloved Jeanne Cooper who breathed life into her role as The Young and the Restless matriarch Katherine Chancellor. She joined the cast of Y&R in 1973 and was the longest-running cast member of the soap. Though Cooper was nominated ten times for a Daytime Emmy, she only walked away with the coveted prize once. Nonetheless, she was a fan favorite for decades and is sorely missed. Today we’ll take a look back at her life, achievements and pivotal moments on Y&R.

Born in 1928, before Jeanne began her career in acting, she was just a normal little girl growing up in the oil field town of Taft, California. After high school, she went on to college and studied at the famous Pasadena Playhouse School. She started her career in film, with her first role at age 25 alongside screen legend Maureen O’Hara in The Redhead from Wyoming in 1953. Jeanne went on to make films with Kirk Douglas, Henry Fonda, Rock Hudson, Frank Sinatra and James Caan.

She also made her footprint in prime time TV before heading to the soaps. Jeanne had guest roles on The Twilight Zone, Hawaii 5-0, Bonanza and Big Valley, among others. And she enjoyed popularity in recurring TV roles on crime show Ironside, western Death Valley Days, and Walt Disney’s Wonderful World of Color. Jeanne also performed in a number of stage plays including a touring production of Neil Simon’s Plaza Suite.

But Jeanne’s most enduring role that made her a household name was as Katherine Chancellor on the CBS daytime drama The Young and the Restless. She was unique among soap actors – and actors in general – in that she chose to reveal many of her real-life personal struggles on Y&R by pitting her character against the same struggles. When Jeanne struggled with alcoholism, so too did Katherine Chancellor.

Most applauded her brave decision to address her addiction to publicly when the usual route for public figures it to lie and cover up their mistakes. Y&R co-creator Lee Phillip Bell, who was a close friend of Jeanne’s, said, “Through her personal and professional journey, she saved thousands from the depths of alcoholism. She embodied compassion and forgiveness.”

One of her most memorable real life/soap opera crossover moments was in 1984 when both Katherine and her portrayer Jeanne had a facelift which became part of the Y&R storyline. Her surgery was recorded for the show and written in – this is amazing as most actresses deny their surgical nips and tucks. But Jeanne put hers proudly on display for all to see. In 2012, Jeanne released a tell-all about her own life and spilled even more than most fans knew.

In Not Young, Still Restless, Jeanne admitted to an affair with her TV son Brock Reynolds [Beau Kazer] but says that began after she was devastated by a blindside divorce from her cheating ex-husband. She said of Kazer, “He made the first move. But the age difference was not for me. He kept saying he had no problem with it and that age meant nothing to him.” Jeanne wasn’t comfortable with their 19 year age difference and broke it off and Kazer went on to marry a woman 30 years his senior!

Jeanne also mentored many of the younger actors on set and encouraged them to have fun while working but also to always be prepared and professional. She would occasionally torment her favorite young co-stars by pinching then when cameras were rolling so that they couldn’t flinch. Jeanne was notoriously kind and would call up writers to congratulate them on well-written scenes and other actors when she thought they did a bang-up job.

Michelle Stafford, who played Phyllis, said, “I remember one show where I had the flu. I had scenes with Michael Damian, Lauralee Bell, and a judge to get custody of the kid. I was throwing up in between scenes. Jeanne was there that day and she said to me – Good for you. That’s what we do. We come into work.” Stafford says she believes that Jeanne knew how sick she was just before she passed, but continued to show up to do her job nonetheless.

When Jeanne passed, her legion of fans – including many of her soap co-stars – lamented her passing and paid homage to her. Jeanne’s son, actor Corbin Bernsen (LA Law, Psych, General Hospital, Young & the Restless) announced her passing this way:

“A beacon of light guiding us all toward humanity, humility, and equality has been extinguished but a shimmer of it will always remain as reminder from her to us all of a kinder world that is here for us each to embrace feed and make flourish in a way her truest work has just begun for us to honor her vision and make that her legacy. One of the last great Broads in our business – Jeanne Cooper (84 years old) – Mom – is now stirring up trouble in great beyond.” 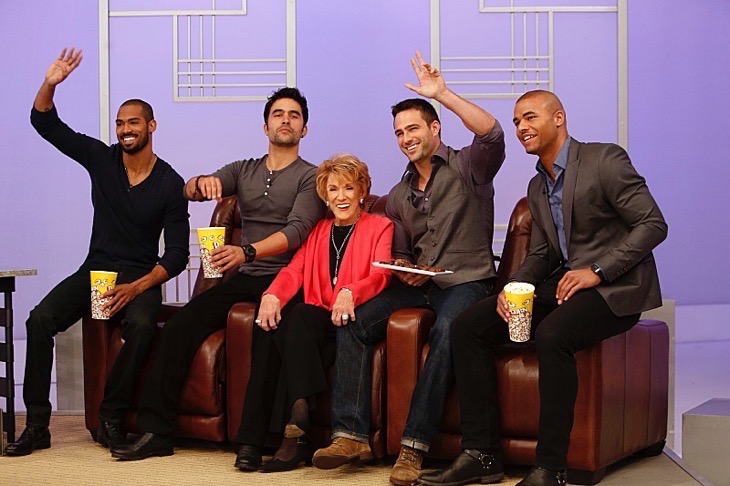 Jeanne’s last episode on Y&R aired just five days before she passed. Fittingly, her final scene was with rival turned bestie Jill Abbott. As Jill, Jess Walton helped Jeanne’s Kay get to her feet and told her to go up to bed and “get some rest.” Jill offered to help Kay up the stairs but she said, “I believe I can manage. Thank you, though. Goodnight.” And as she struggled up the stairs as Jill watched, Katherine’s time on Y&R came to an end and, within days, so too did the life of the legendary Jeanne Cooper. It was a fitting end to a role and life well played.

Jeanne, we still miss you and Katherine, and always will…