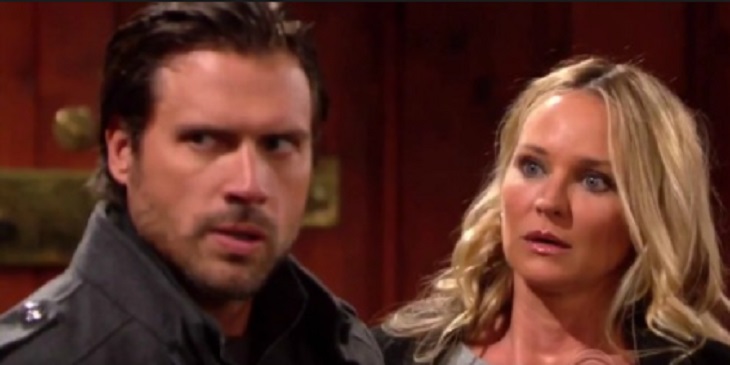 Sharon (Sharon Case) tried on more than one occasion to tell Nick (Joshua Morrow) the truth about Christian (Jude and Ozzy McGuigen) on ‘The Young and the Restless’. Phyllis (Gina Tognoni) is glad Sharon wasn’t able to succeed, but Nick will learn the truth after all.

Chelsea (Melissa Claire Egan) assaulted the woman who was raising the boy who was temporarily called Sully (also played by the McGuigen twins in a faux dual role). The revealed scammer’s horrid actions stopped Sharon from telling Nick about Adam (Justin Hartley) being Christian’s biological father.

Then, after she’d awoken in the hospital, Sharon tried to tell Nick again. But Phyllis was in the outer hallway at Genoa City Memorial Hospital causing a commotion. Nick needed to step out and tell her to get lost. Sharon wasn’t physically capable of forcing the issue, so this long-awaiting reveal was delayed.

The next day, Sharon was talking with Mariah (Camryn Grimes) while she remained hospitalized. Case’s character picked up her smartphone and dialed Nick. Phyllis, who sees herself as Sharon’s self-appointed moral judge, happened to see that she was calling while visiting Nick at the penthouse. She pressed decline on Nick’s phone and pretended that her electronic device was ringing. Yes, Sharon was again blocked from telling Nick what he deserves to know.

All that’s transpired, along with Nick’s eventual realization of the truth and Sharon’s multiple attempts to deliver it to him further ‘Shick’s’ momentum. No, the revival of one of Y&R’s all-time power couples isn’t certain. But both characters are single, vulnerable and favorable to each other’s lives once more.

Combined with current factors, all who are hoping that Sharon and Nick reunite romantically remain cautiously optimistic. This recoupling could be written to fruition, or simply stand as a positive moment in both character’s post-marriage relationship.

Somewhere deep inside her mind, or maybe at the top of it, Phyllis doesn’t want ‘Shick’ to happen. There’s no denying that, but Nick will likely realize that as well.