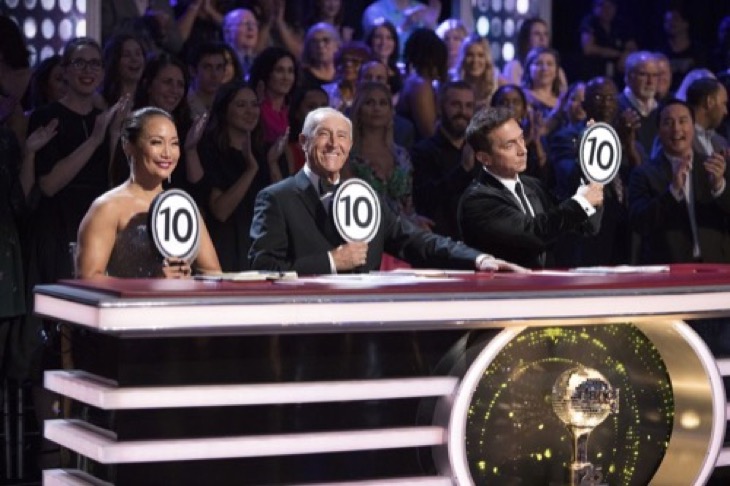 It looks like the producers of Dancing With The Stars are looking to shift gears here. There’s a new report that suggests the long running ABC dancing competition show wants to have an all-athletes cast for the new season.
According to reports, there already a few high-profile names in consideration. The first one is former Olympic ice skater Tonya Harding. Tonya has been in the spotlight recently thanks to the film, I, Tonya, starring Hollywood actress Margot Robbie. Should Tonya decide to join the show, she would be following in the footsteps of her former rival, Nancy Kerrigan, who joined the show back in 2017.

Other possible contestants include reality television starand 68-year-old gold medalist Caitlyn Jenner. As many viewers already know, several members of the Kardashian family have already danced on the show.

Several Winter Olympic athletes have also expressed their eagerness to join the show. Figure skater Mirai Nagasu said she would love to join the show. Aja Evans told Entertainment Weekly, “I would love to. I think it would be funny. I think most of my family is completely made for TV, so I would love to be on something like that.”
Others who have publicly said they would be willing to join the show include Maia[s partner Alex Shibutani; bobsledder Carlo Valdes; ice dancer Zach Donohue; luger Chris Mazdzer; hockey player Meghan Duggan; and snowboarder Maddie Mastro.

So far Dancing With The Stars producers have made no comments about the possibility of just having an all-athlete cast. It will be interesting to see if fans will continue to tune in to see more athletes and less reality television stars and celebrities. Fans will just have to tune in to see what will happen next!

Dancing With The Stars is expected to return on April 30, 2018 at 8pm EST on the ABC network. In the meantime, don’t forget to check back with Soap Opera Spy for all the latest news, updates and spoilers on Dancing With The Stars and all of your favorite daytime television shows right here!