The Young and the Restless (YR) Spoilers: Nikki Under Suspicion – Rey Focused on J.T.’s Disappearance 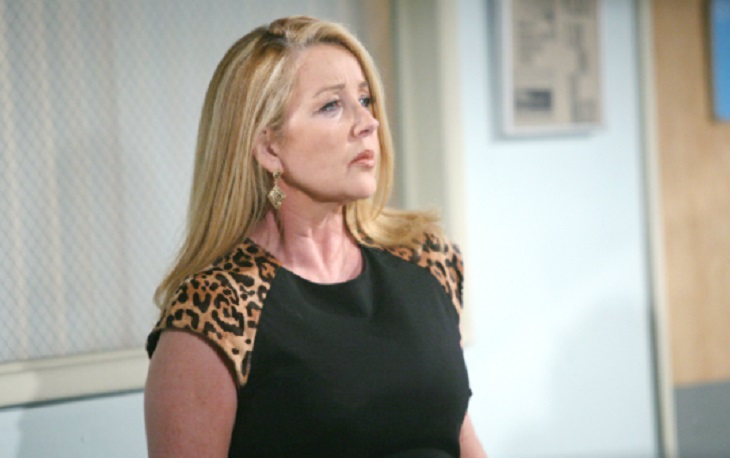 Nikki (Melody Thomas Scott) has been living with the impact of J.T.’s (Thad Luckinbill) disappearance on ‘The Young and the Restless’. Now, new character Rey (Jordi Vilasuso) will begin investigating this ongoing mystery, which is actually a set of unsolved crimes.

Paul (Doug Davidson) recently met with the four-lady contingent that committed multiple offenses against the legal system. After that unexpected sit-down at Crimson Lights, Sharon (Sharon Case) again told Nikki that the physical act taken against J.T. was in defense of Vickie (Amelia Heinle). Rey may, or may not come to agree with that assessment. But the resulting covering of the incident and dump of the body were fully illegal, which will have to be addressed.

The demonization of someone (J.T.) who obviously had mental health issues is one unseemly element within this storyline. It’s understood the Y&R created a limited plot path for Luckinbill, who returned to the show in late 2017 after his initial run took place from 1999-2010.

However, a more uplifting arc could have had Vickie (Amelia Heinle) recognizing J.T.’s instability long before the spring events played out and then getting him help. Did the only possible outcome of J.T.’s instability have to be Nikki’s response? That choice wasn’t meant to further a fullness of the issues all people, not just women and not just men, face and then try to handle. Projecting vigilante justice as a sole solution was wrong.

The current Phyllis (Gina Tognoni) has been written far softer than Michelle Stafford’s edition was. Yet, Y&R opted to have Tognoni’s version suddenly knee-jerk back to bad Phyllis moments after Nikki head-conked J.T. The result blocked Vickie and Sharon from contacting the authorities, which spurned the rightful legal trouble this foursome faces.

The addition of Rey builds a new character who is being written directly to the center of a major storyline. It will be interesting to see what happens as and after he reaches the conclusion of this conflict. Vilasuso is a seasoned soap actor whose addition to the cast increases and already stacked talent base.

The Young and the Restless Spoilers: Sad Health News for Y&R Star