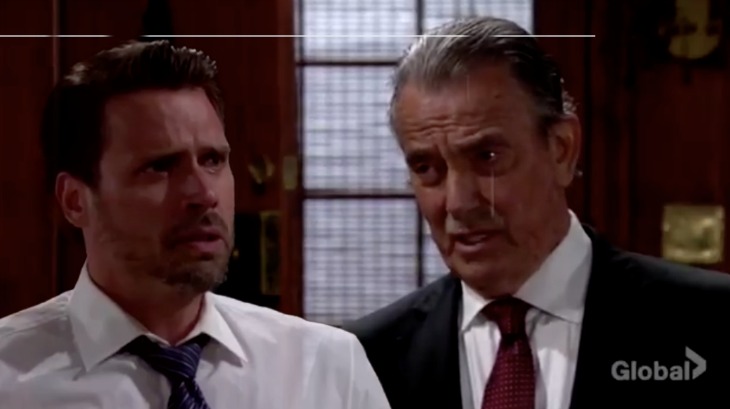 Michael (Christian Le Blanc) and Brittany (Lauren Woodland) both made good points on ‘The Young and the Restless’. But Nick’s (Joshua Morrow) temper and history did him in, as Victor (Eric Braeden) was given temporary custody of Christian (Jude and Ozzy McGuigen).

The arbitration judge seemed swayed by comments Nick made during the latter part of his statement. He advised the judge that his father chose to reveal knowledge of Christian’s paternity after the Newman job offer had been rejected and without knowing that Nick already knew about the boy’s biology. However, that point was later smudged by Nick’s outburst.

During the proceeding, Nick stood up. He loudly proclaimed that the entire matter was unfair and that Christian was his son. That outburst, along with points Michael made about Nick’s contentious history with his father and admitted positive relations when he was a child proved too much.

This is just getting started. #YR pic.twitter.com/crd7mTMsNJ

So Victor now has temporary custody of Christian, which is oh so soapy. Other than bias, bribery, or brash conviction, why would any judge give a man who’s obviously feeble his son’s legal child?

Brittany’s points about Victor’s past criminal behavior, the erratic backstory with Nick, in particular, and the ‘Moustache’s’ perception of Nick’s job offer rejection were solid. At best reasonable minds would have ordered a visitation schedule for Victor. But to rip Christian from his home is outrageous!

On the other hand, Y&R fans surely understand the need to concoct conflict. This situation does that and affords the opportunity for Christian’s eventual comeback. Also, ‘Shick’s’ bond grows stronger as a result of this outcome.

One of the connected elements within this storyline sees Nick and Sharon’s recently revived relationship strengthening. Together they will now fight Victor, which has often served to deepen love in the past.

As a final point, it’s nice to see Woodland back. Her return for Y&R’s forty-fifth reunion was welcomed, but her regular cast status allows a solid actor to come back to her daytime home indefinitely.

MUST WATCH The Bold And The Beautiful Preview Video Thursday June 14: Hope And Steffy’s Heart To Heart

The Young and the Restless Spoilers: Will Tessa Ever Forgive Mariah For Cheating On…