The Young and the Restless (YR) Spoilers: Hilary and Devon Prepare For Parenthood – Shauna Previews Future 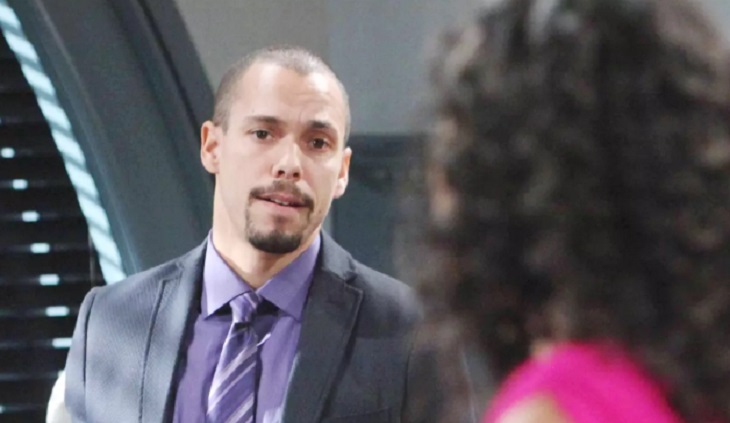 ‘Hevon’s’ future is intriguing, as fans of ‘The Young and the Restless’ know so well. It was just announced that the great Mishael Morgan (Hilary) is leaving the cast. Her loss will be felt, regardless of whether a successful recast happens, or not. How that affects Hilary and Devon’s (Bryton James) relationship is therefore unknown.

Until Morgan’s final scenes play out later this summer, or in early fall, ‘Hevon’ will remain focused on their baby. That reality seemed unlikely almost a year and a half ago when this beloved couple split.

Oh, the manner in which Devon (played by the ever-impressive James) chose to end the marriage did lend itself to hope. He decided that the love he had for Hilary wasn’t enough and that they needed to live apart. Hilary reluctantly agreed. She wasn’t bitter and received the only thing desired in ‘Hevon’s’ amicable, non-lawyerly settlement, GC Buzz.

Devon’s presence at the studios he once owned obviously implied that he remained interested in Hilary’s well-being. He tried dating Mariah (Camryn Grimes). Hilary had a crush on Jordan (Darnell Kirkwood) for a few minutes. But both of those secondary matches were distractions.

Digitally skipping to the now, Shauna (Camryn Hamm) has been embraced by Hilary. Hamm is a pleasant addition to the cast and hopefully will prove to have staying power, as she continues to broaden the number of younger people in Genoa City.

‘Hevon’ opted to live together again, but didn’t anticipate Shauna’s presence in their beautiful condo. That young lady’s presence makes for an instant family while allowing Hilary and Devon to see what their lives will be like someday when their daughter or son has reached Shauna’s age.

Here’s hoping that Morgan returns in the relatively near future, or that a solid recast allows the Hilary character to live on. ‘Hevon’ was made great due to strong writing and the superb collaborative efforts of Morgan and James. As for the future, that’s why soap fans watch.