The Young and the Restless (YR) Spoilers: Nick Won’t Stop – Sharon Not Interested 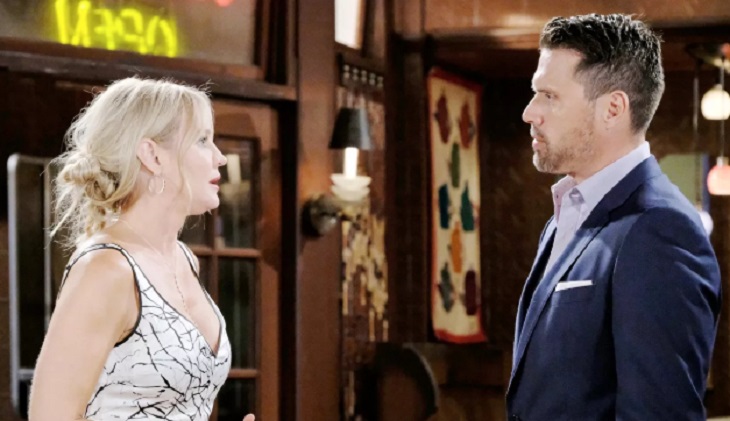 Nick (Joshua Morrow) is jealous of Rey (Jordi Vilasuso) on ‘The Young and the Restless’. That’s because of the friendship this newer character in town is developing with Sharon (Sharon Case). Nick can’t shut his feelings down and his recent ex-fiance claims to no longer be interested, both of which represent major stumbling blocks to reconciliation.

‘Shick’ still loves each other, but they didn’t get remarried. That’s all on Nick, who cavorted with Phyllis (Gina Tognoni). Easily ‘New Nick’s’ most foolish move was opting to reignite ‘Phick’ hours after he thought he and Sharon were over.

Nick’s connection with Rey has quickly become complex. He was rubbed the wrong way by a guy who first falsely claimed to be a debt collector. The actual detective Rosales later arrested Nick the day Dark Horse launched.

Sharon is again telling Nick that he is no longer part of her romantic life. While they have children together and will always remain connected as co-parents, he is not going to be her husband. Nick is refusing to accept that reasoned answer.

Of all characters in GC, it had to be Phyllis! That fact has and will continue to drive Sharon’s fully understandable emotional reaction and logical conclusion about Nick’s personality.

Nick seems unable to break the pattern of betraying Sharon’s trust. She has also acknowledged her own, repeated off-centered actions when part of the various incarnations of ‘Shick’. And thus the standoff, or push-off has happened.

The Young and the Restless (YR) Spoilers: Billy’s Brutal Bash Of Summer and Phyllis Is Detestable

Considering Rey’s authority and Sharon’s new job, it’s fair to wonder if she’ll eventually need to use the law to keep Nick at bay. That might only serve to increase his resolve to win Sharon back. But if this projected scenario develops, Sharon’s friendship with Rey appears likely to become something else, which would further reduce, or eliminate Nick’s hopes to remarry her.