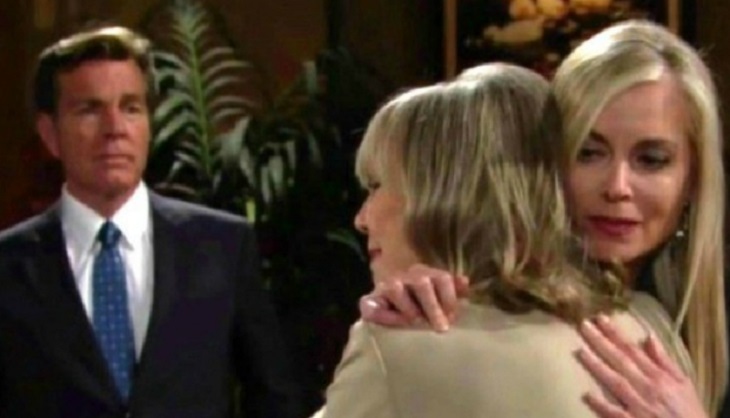 Jack (Peter Bergman) has no idea what’s about to happen on ‘The Young and the Restless’. He couldn’t predict and won’t be able to prevent his unknown paternity secret from being revealed. But that’s what will happen at a party that will be thrown in Dina’s (Marla Adams) honor in front of a gathered crowd.

He had the best intentions in mind when telling Kyle (Michael Mealor) and Abby (Melissa Ordway) that they should go all out for Dina. Instead of simply having the family over to watch the memory reel Abby is creating with Charlie’s (Noah Alexander Gerry) help, Jack wants to have a grand event where the digitally created nostalgia sessions are shown.

The fallout from the coming reveal will be massive. Jack will explode, go into an understandable funk, and surely lash out in epic fashion. With his personal and business life in shambles, there’s no telling what John’s never-son will do. Kyle’s motivation in this regard is questionable, but fits the currently plotted storyline.

The last Abbott family accolade, held at the Top of the Tower, was supposed to cheer Ashley’s (Eileen Davidson) Innovator of the Year Award. She was following in her adopted father’s (John) footsteps, or so that story was pitched to Genoa City’s finest. But Y&R fans recall that the now-departed Graham (Max Shippee) provoked Dina, who inadvertently told the half of the town’s upper crust that Ashley wasn’t John’s daughter.

The coming party will likely see Kyle splice Dina’s admission about Jack into the film (an intentionally inserted old-school term) Abby believes is a clean cut. That means the next Abbott family gathering is sure to be a whopper. Jack will receive the biggest shock of his life and then spin out of control.