The Young and the Restless Spoilers: Hilary’s Baby Nightmare – Will She Tell Devon the Truth? 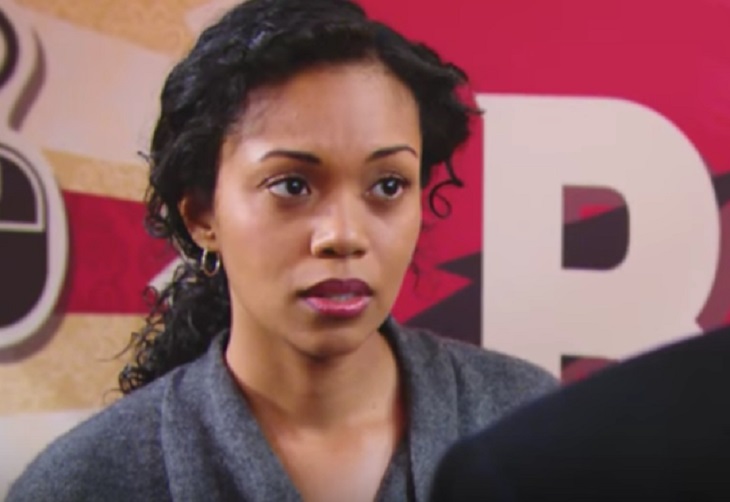 The Young and the Restless spoilers indicate that Hilary’s baby plan is about to backfire on her, and in a big way, too. She’s been on a natural high for quite some times now, but everything is going to come crashing down after her doctor gives her horrible news.

As viewers can recall, Hilary was excited when she found out that she was finally pregnant with her dream baby. For the longest time she knew that she wanted to become a mother and now with everything coming to fruition – along with Devon at her fingertips – her life was finally on the right track.

Unfortunately, Hilary’s doctor will end up giving her the kind of news that no mother wants to hear. Hilary is heartbroken and devastated. She was about to make some major adjustments to her lifestyle and kick some bad habits and now it looks like she’s back at square one.

Each time Hilary tries to share her devastated news, she ends up getting interrupted by Mariah. Hilary finds herself lost and hopeless. But that’s not the only problem. The more she keeps this secret to herself though, the more she’ll end up in serious trouble later on. She has a contracted deal with Devon.

Hilary needs to tell him the truth before the news reaches from elsewhere. But with her new love rival Simone in the room, Hilary can’t muster up the courage to tell him what he needs to hear.

Of course, fans will have to tune in to find out how Hilary is going to handle this dilemma. The Young and the Restless airs weekdays on the CBS network. Drop us a line with your thoughts and comments below. And as always, come back to Soap Opera Spy for all the latest news, updates and spoilers on The Young and the Restless and all of your favorite daytime television shows right here!