The Young and the Restless (YR) Spoilers: Jack Moves Out of Abbott House – Transformation Continues 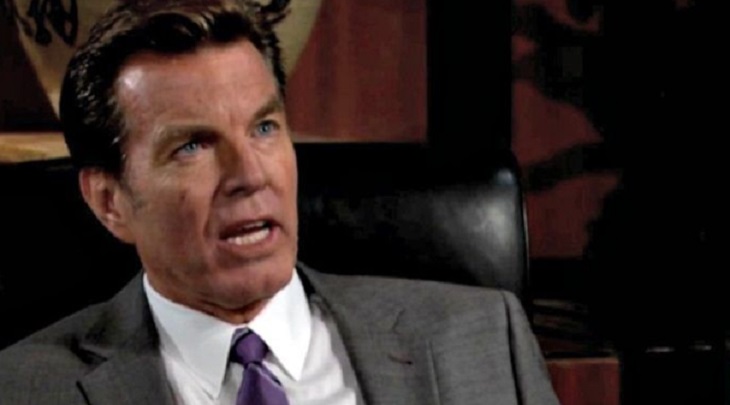 Jack (Peter Bergman) surely is a drama king on ‘The Young and the Restless’. This week he decides to move out of his beloved Abbott family mansion, leaving perceived past good times in search of a new beginning.

If Jack isn’t an Abbott, then many possibilities have opened for this character that could have never possibly existed at any time in recent history. Let’s begin with Jack’s family structure and proceed from there.

Y&R fans can assume that Dina is Jack’s mother because not doing so would create too many plot roads forward within this feature. The current erasure of John as Jack’s dad means that Jack likely won’t return to Jabot in the near future and therefore won’t be running the cosmetics show.

Meanwhile, Kyle (Michael Mealor) continues to prove that he can’t be trusted. Just when it looked like Jack’s son had grown empathy for his dad, he’s continued to meet with Victor (Eric Braeden).

Everyone in Genoa City knows that Jack and Victor are enemies. The idea that Jack’s offspring would purposely continue to conspire with the ‘Moustache’ is beyond selfish.

Kyle has a character flaw, meaning that he’s wrapped his mind so tightly around jealously, revenge, and family loathing that he actually sees some piddling job at Newman Enterprises as more relevant and important than backing his father at Jack’s arguably lowest life-point.

Jack already is suspicious of Kyle. There’s no telling what will happen the moment he learns that his son is holding out hope of working with the ‘Black Knight’.

So, Jack’s move from the main setting Bergman’s character lived in for decades merely represents another step in this intriguing, potential transformation. Of course, Y&R could suddenly prove that John is Jack’s dad and many plot points, though not all, would instantly revert back to the way things always were. Soap can be like that, as all daytime devotees know.

This Is Us Season 3 Spoilers: Milo Ventimiglia Opens Up About Jack In Vietnam

General Hospital News: Congratulations Are In Order For Genie Francis