The Young and the Restless Spoilers: Victor Threatens A Custody Battle For Adam’s Son, Nick Freaks 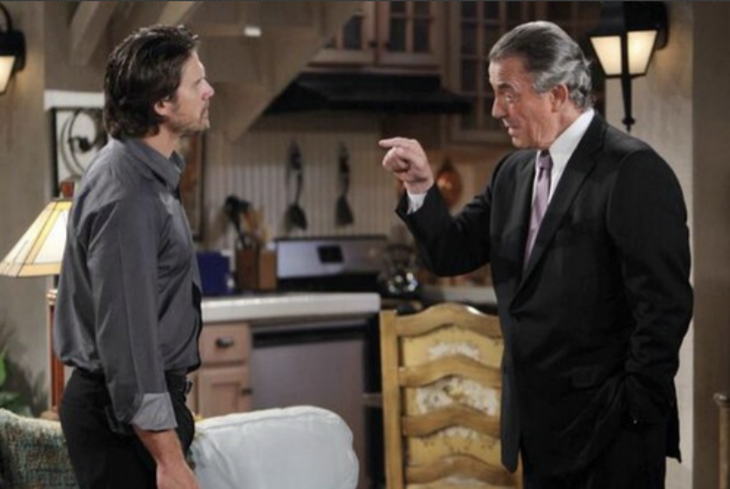 The Young and the Restless spoilers indicate that a new battle for Adam’s soon will soon begin as Victor’s (Eric Braeden) control issues will reach new heights.

Thankfully, Christian (Jude and Ozzy McGuigen) is too young to understand what is going on around him. After all, the young tot has had a difficult life so far: he was kidnapped, at one point raised by the wrong woman, and given to his uncle after a shocking paternity test. Unfortunately, it looks like Christian’s young life is about to get rocked once again.

A new feud is brewing between Nick (Joshua Morrow) and Victor, as the Newman patriarch is threatening to expose who Christian’s real father is. If that weren’t enough, he also wants to take Nick to court, too. He gives Nick a stern warning to behave and even says that he won’t waste anytime in filing for immediate custody of Christian.

Of course, Nick is confident that things will go in his favor. But at the same time, he doesn’t have the kind of money he needs to face off someone like Victor in court. Either he is going to have to cave in to his demands or take a chance in front of the judge. Obviously, he doesn’t want to do the latter. The only thing that will change this situation is if Adam Newman suddenly reappears in Genoa City. The custody fight could certainly convince Adam to come back home and save his son from the man that he dislikes the most: his father Victor!

It’s without a doubt that fans can’t wait to find out what will happen next. The Young and the Restless airs weekdays on the CBS network. Check your local listings for times. In the meantime, let us know your thoughts in our comments section below. And as always, don’t forget to check back with Soap Opera Spy for all the latest news, updates and spoilers on The Young and the Restless and all of your favorite daytime television shows right here!

This Is Us Season 3 Spoilers: Milo Ventimiglia Opens Up About Jack In Vietnam