The Young and the Restless (YR) Spoilers: J.T.’s Slow-motion Crash Continues – Vickie Will Be Crushed 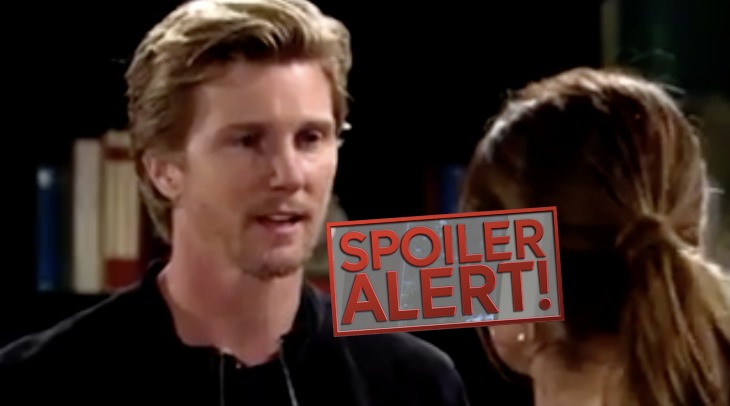 J.T. (Thad Luckinbill) is living in a fantasy world on ‘The Young and the Restless’. Yes, he worked out a divorce arrangement with Mackenzie (Kelly Kruger), but Vickie (Amelia Heinle) remains rightfully hesitant. Recent events she’s considering don’t even include what J.T. did to Victor (Eric Braeden) at the Ranch.

At first he just seemed to be listless, or a bit moody. But as the months have passed since J.T.’s full-time return to Genoa City it’s been obvious. There is something broken inside of Luckinbill’s character.

A flashback to J.T.’s electrocution offered a clue. His resultant heart issues required medication, which he’s been taking. Whether those meds are being abused, or supplemented by unauthorized chemicals hasn’t yet been detailed. If that isn’t the plot line that’s being taken, then J.T. is suffering from some type of mental breakdown which has already led to disaster.

No one, save Victor and J.T. know what happened at the Ranch on the night Victor was rendered unconscious. He fell into a coma and has therefore been unable to tag his assailant. Eternal sad sack Jack Abbott (Peter Bergman) was wrongfully charged with attacking the ‘Moustache’ and is behind bars, awaiting trial.

Mackenzie recently agreed to give J.T. a divorce because he gave in on full-custody of their two young children. Mr. Hellstrom thought Vickie would welcome that news, but didn’t.

In addition to her father’s tenuous situation, she’s still reeling from the physical confrontation she had with J.T. That scary situation was resolved, but was followed by Mack’s warning to not be involved with her soon-to-be ex-husband. Both factors and J.T.’s overall erratic nature are weighing on Vickie.

Y&R can’t allow J.T. to skate. At some point Victor will wake up and unless he has amnesia, he’ll tell what happened. That’s the moment when the almost reformed ‘J.T.V.’s’ life will be dramatically altered in a negative way.

Vickie’s gut-feel will have hopefully helped her to avoid some type of additional catastrophe with J.T. Whether he’s jailed, escapes justice or meets his maker due to those referenced heart issues remains to be seen, thus this soap must be watched with regularity.

MUST WATCH The Bold And The Beautiful Preview Video Tuesday, April 3: Wyatt Says Quinn Would Have Shot Bill Long Ago