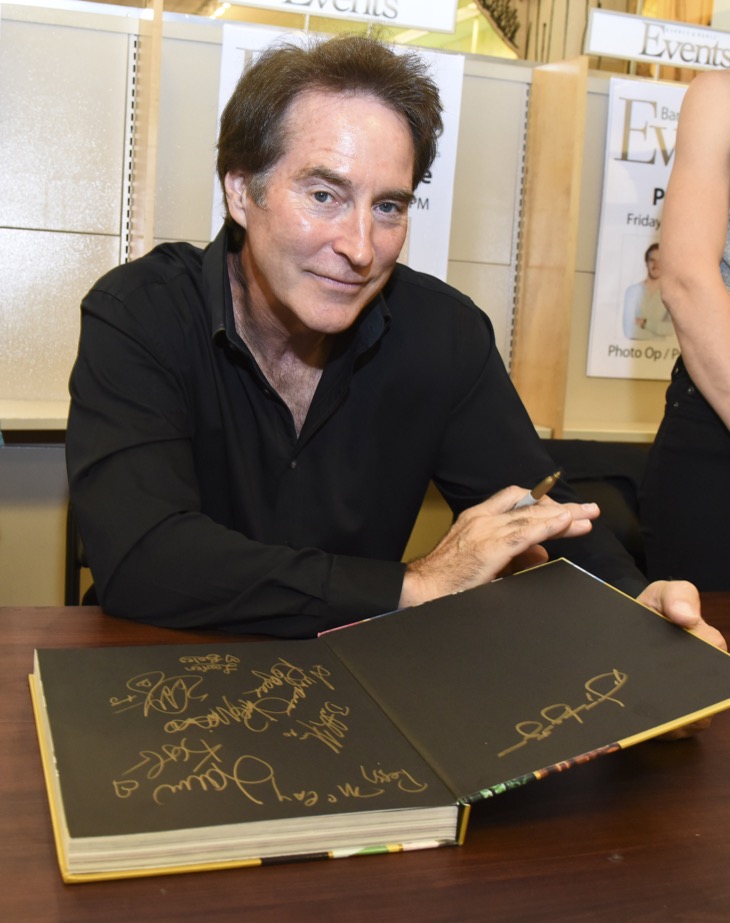 This Days of Our Lives icon has something very exciting to celebrate. According to reports, Drake Hogestyn will be on the 4,000th episode of the highly rated daytime television soap, Days of Our Lives. It’ll be one episode that fans don’t want to miss! Drake is best known for his role as John Black on the hit soap.

Soap Opera Digest says that Drake will appear in scenes with Abe. (James Reynolds) This will be the actor’s 4000th episode as John. Coincidentally, he joins Kristian Alfonso (Hope) and Deidre Hall (Marlena) as just the third actor in Days of Our Lives history to accomplish such an incredible milestone!

The handsome actor has been keeping very busy lately. In addition to Days of Our Lives, he’s also filmed an episode of Criminal Minds. Before making his way to daytime television, Drake has worked several different television series including Night Sins, Otherworld, and Seven Brides of Seven Brothers back in the early 1980s. HE’s also been in a few television movies including One Stormy Night and Beverly Hills Cowgirl Blues.

But it’s his role on Days of Our Lives that has gotten him the most recognition throughout the years. Many fans might not know this, but the character was modeled after Robert Ludlum’s super spy, Jason Bourne. John has been embroiled in one mystery after another. Just recently many people in Salem couldn’t understand his behavior after he poisoned his friend Steve. (Stephen Nichols) If that weren’t enough, he’s also had plenty of confrontations with his son Paul (Christopher Sean) and his stepson Will Horton. (Chandler Massey)

Days of Our Lives airs weekdays on the NBC network. Drop us a line with your thoughts in our comments section below. Also, don’t forget to check back with Soap Opera Spy for all the latest news, updates and spoilers on Days of Our Lives and all of your favorite daytime television shows right here!

The Young and the Restless (YR) Spoilers: J.T.’s Slow-motion Crash Continues – Vickie Will Be Crushed

The Young and the Restless Spoilers: Love Is In The Air? A New Romance For Mariah