The Young and the Restless Noah’s Heart Broken, Finds Out About Tessa And Mariah 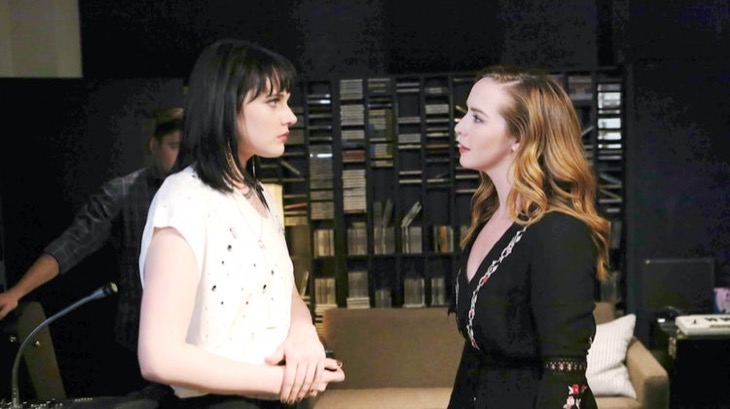 The Young and the Restless spoilers from this week’s Soap Opera Digest indicate that a sibling rivalry might be brewing between Noah (Robert Adamson) and Mariah. (Camryn Grimes) That’s because he’ll soon find out the truth about his sister and the feelings she has for his girlfriend.

Tessa (Cait Fairbanks) is feeling the heat in the recording studio. She’s being pressured to come up with new material for Devon (Bryton James) and his record label. He even tells Tessa that she needs to come up with a hit and fast, too. Feeling frustrated, Tessa does the unthinkable by stealing Mariah’s journal for inspiration. The last thing Tessa wants is for Devon to drop her from his record label.

Related: The Young and the Restless RUMORS: Jordan Gone For Now – Will He Back For Another Scheme Or More Revenge?

Tessa comes up with a song and submits it to Devon. Yet, it doesn’t take Mariah very long to realize that the song sounds like some of the things she’s written in her journal. A furious Mariah confronts Devon and tells him that Tessa stole her journal.

Devon, on the other hand, doesn’t want to be caught between Tessa and Mariah’s fight. Although he does tell Tessa that if she doesn’t fix this with Mariah, he’ll drop her song. Tessa is worried this means that he’ll also drop her all together.

Meanwhile, Mariah tells Noah that his girlfriend stole her journal. As many would expect, Noah defends Tessa by taking her side. He also thinks that Mariah is acting unfairly towards Tessa, which leaves her over the edge.

What’s more, Noah demands to see the journal for himself. Mariah knows that when Noah sees her journal and ends up reading everything she’s written about Tessa, it’ll cause problems for everyone. Noah is left shocked after he reads that he and his sister have fallen in love with the same woman.