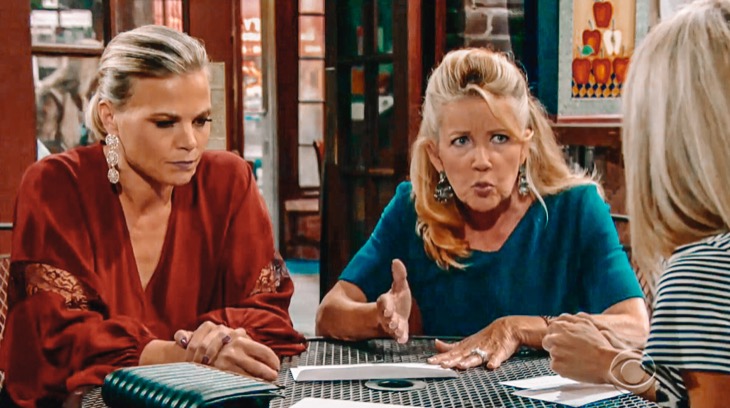 The Young and the Restless spoilers tease that the stretched storyline, which has extended into the fall is moving into climax. The coming fallout feels highly likely to serve as an end to the J.T. (Thad Luckinbill) Dies storyline.

Y&R viewers know that J.T.’s former wife repeatedly tried to talk Vickie away from J.T.V. reforming. But those efforts were to no avail and eventually led to Luckinbill’s character’s memorable and provokingly controversial actions against Victoria.

Kruger’s return to recurring status, after having been away from the show for years, enabled J.T.’s ex- to first serve as a warning shot and sounding board. However, Mac’s return this fall, along with progress in Rey’s (Jordi Vilasuso) criminal investigation, rightly leads viewers to believe that a coming resolution is at hand. 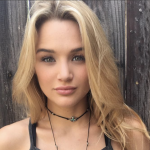 Is it possible that Mac will somehow serve to save all four members of the coverup crew? Maybe she can serve as some sort of after-the-fact witness? Though that seems like the same type of wishful thinking that Nikki, Phyllis, Vickie, and Sharon have engaged in.

At this point in the plot line, Nikki is primed to become Lily’s (Christel Khalil) prison neighbor. Accidentally killing J.T. could have been explained away as an instinctive act that protected Vickie’s life. That truthful explanation along with Victor’s (Eric Braeden) power, influence, and high-priced lawyers surely would have provided his wife with the best possible defense.

But Phyllis led a coverup because she feared revenge from Paul (Doug Davidson) and Chris (Lauralee Bell), relating back to when she once ran down Pristine, left them for dead, and never faced prosecution. While allowances are made for circumstances, it was dead (pun intended) wrong for Nikki to go along with Phyllis’ scheme. Doing so put Vickie, Sharon and the previously referenced ladies into deep legal jeopardy.

How this quartet will be exposed hasn’t yet been projected. But once they’re found out, there will be a heavy price to pay and no way to talk around J.T’s death and illegal burial in Chancellor Park.

Luckinbill is given full kudos for agreeing to play a previously likeable character who was shattered by Y&R’s decision to devolve J.T., for whatever its imagined reason. This arc is not one that needed to center upon Mr. Hellstrom. But it regrettably did and now must be ended so that all living characters can advance and the audience can move on.

Days of Our Lives RECAP Friday, Oct 5: Mimi Is Back, Eric Finds Nicole

General Hospital RUMORS: Sasha Breaks Nina’s Heart, Wants Nothing To Do With Her