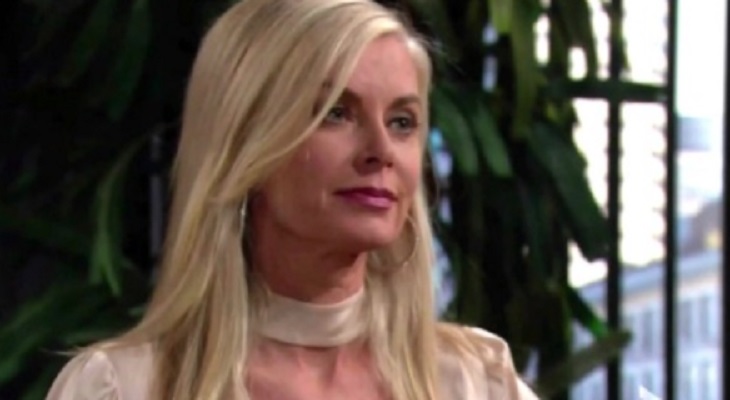 Two surprises appeared in Ashley’s (Eileen Davidson) world on ‘The Young and the Restless’. The first was an unexpected job offer from Newman Enterprises. The second was a new chance to be with Victor (Eric Braeden), which she initially rejected.

As Y&R viewers recall, Ashley recently gave Ravi (Abhi Sinha) the brush-off. She just wanted to be friends, instead of developing their relationship toward serious status. ‘Rashley’ fans were disappointed, but like all savvy soap supporters also realized that meant Davidson’s character was being written in a different direction.

The battle waged with Jack (Peter Bergman) over Dina (Marla Adams) was fierce. While their mother is seemingly secure in Paris, Ashley’s relationship with her brother is arguably at an all-time low.

Ashley didn’t announce her departure from Jabot with the intent of going to work for the enemy. Instead, as soon as Victor heard that Ashley was available he made a job offer. In so doing the ‘Moustache’ recruited Nikki (Melody Thomas Scott) to help convince the former Mrs. Newman to join their family’s company.

Becoming Newman’s Chief Innovation Officer was shocking in and off itself, but what followed was never expected. Nikki sought out Ashley for a private meeting at the Genoa City Athletic Club. A jaw-dropping suggestion was then delivered.

Nikki advised that she had no problem if Ashley wanted to forge something beyond a business relationship with Victor. That stunned Newman’s new CIO (an invented title to assuage ego’s if there ever was one), as Nikki had always been very protective of her long-time supposed soul mate.

This second head-turning development, combined with Ashley’s past drop of Ravi does make fans wonder if another season of ‘Vashley’ is coming? As Nikki said, once Victor and Ashley are working in close proximity it wouldn’t surprise her to see the ‘Moustache’ make an overture to his newest executive.

Newer viewers haven’t seen Ashley and Victor as a couple. Devoted fans recall bygone days when that pair was together. Different than ‘Niktor’, the potential offered by a new version of ‘Vashley’ is intriguing.