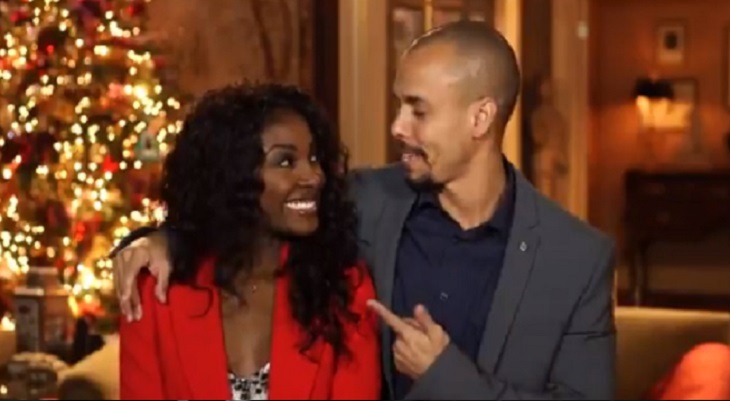 It’s no coincidence that Ana (Loren Lott) arrived and that Shauna (Camryn Hamm) is leaving on ‘The Young and the Restless’. Hilary’s (Mishael Morgan) death has radically changed Devon’s (Bryton James) life and with that other cast changes were deemed necessary.

As Y&R viewers recall, Shauna was the poor soul who was mentored by Hilary. With Morgan’s character gone, it seemed awkward that Shauna remained in what was ‘Hevon’s’ penthouse.

Sure, Shauna was still be seeing Charlie (Noah Alexander Gerry). She was also doing well in school. But beyond those two facts, no other plot paths existed for Hamm’s character. That’s why the Thanksgiving visit to Shauna’s family in Colorado appeared to telegraph Hamm’s exit.

Mrs. Hamilton’s passing has had a natural cascading effect upon her widow. At first Devon was enraged at Lily (Christel Khalil) for the car accident that eventually resulted in Hilary’s life being prematurely cut. He was able to cross that emotional threshold, but not fully come to terms with his altered life.

However, the “sketch” (meaning sketchy) people Shauna discussed with Cane (Daniel Goddard) and Ana reflect the increasingly reckless behavior Devon is engaging in. Finding a bag of illegal substances on the sofa in his apartment established the method by which Hamm is apparently being written out of the show.

Considering the disturbing circumstances, Cane was not going to allow Shauna to remain in Devon’s home. So he rightfully contacted her parents and arranged for a move, all of which underscores Lott’s cast slot.

It seems like it’s going to take awhile for Devon to revert to his responsible form. Ana, Cane, and Nate (Brooks Darnell) will need to be his support system now that Hilary is in Heaven (yes, let’s give her the benefit of the doubt based upon the suffering she endured at the end), Lily is in prison, and Neil (Kristoff St. John) has moved to be close to his daughter.

The recast of Ana allows Lott’s character to deal with Devon’s downward spiral in a way that Hamm’s alter ego wasn’t capable of doing. Here’s hoping that Ana and Devon’s remaining loved ones are able to change his current course.

Bold And The Beautiful Rumor: Liam And Hope Take Steffy To Court For Custody Of Baby Kelly