Bold And The Beautiful Rumor: Liam And Hope Take Steffy To Court For Custody Of Baby Kelly 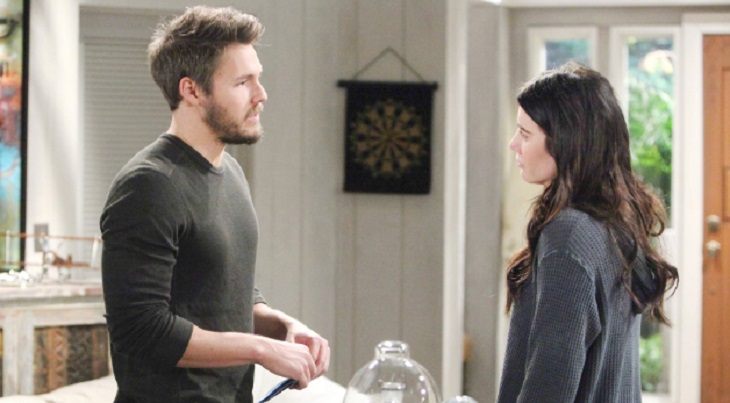 The Bold and the Beautiful (B&B) spoilers tease that Liam Spencer (Scott Clifton) could put his foot down when it comes to his daughter, Kelly. He has voiced his opinion about Taylor (Hunter Tylo) spending time with his daughter. It has fallen on deaf ears as Bill Spencer (Don Diamont) and Steffy Forrester (Jacqueline MacInnes Wood) refuse to listen to him.

Liam may feel as if he has no other choice but to protect Kelly from her grandmother. Steffy and Bill both agree that Taylor is not a threat. They feel like she is only dangerous to Bill. Bill tries to explain to Liam that Taylor feels like Bill is the one who destroyed Steffy’s marriage to Liam. She believed that he needed to pay and that is why she shot him.

The spoilers suggest that Liam will not listen to Steffy or Bill and he will continue to believe that Taylor is bad news. He will insist that he needs to protect his daughter from her if Steffy won’t. It is all leading up to a rumored February sweeps custody showdown.

Can Liam Win On Bold And The Beautiful?

In order to win custody from Steffy, Liam would have to prove she is an unfit mother. He would have to prove that Taylor poses a risk to his daughter’s safety. While he can accuse Taylor of shooting his dad, with Bill protecting her, it would be hard to prove.

Do you think Liam would sue Steffy for sole custody of Kelly? Do you think he can win? Don’t forget to come back for more the Bold and the Beautiful (B&B) spoilers, news, and casting updates!