The Young and the Restless (YR) Poll: Will Sharon and Nick Make It To the Altar? 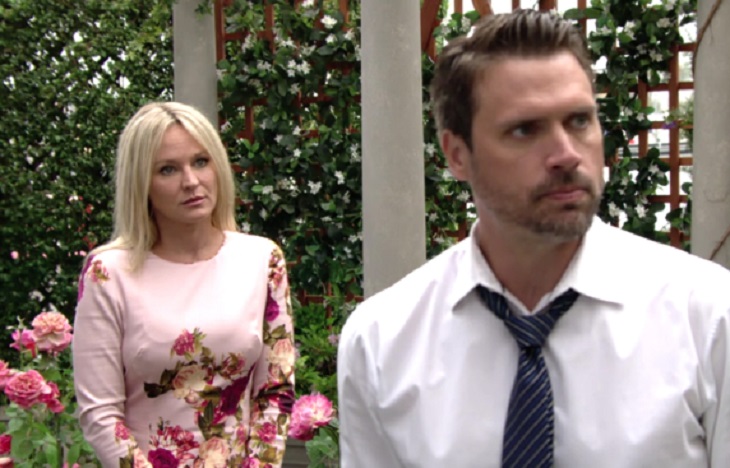 ‘Shick’s’ wedding date is set on ‘The Young and the Restless’. But Nick (Joshua Morrow) and Sharon (Sharon Case) feel compelled to their each other hidden truths. Will those reveals serve to stop this long-awaited wedding, postpone the nuptials, or actually allow it to happen?

Either character could react in any number of ways. Both halves of this fabled couple have lived through long periods of time where trust did not exist between them. During other times, including the past handful of months, soul-mate status enveloped all thoughts.

Sharon could feel so betrayed by Nick’s admission that he and Phyllis (Gina Tognoni) were together during a pause in ‘Shick’s’ reconstituted relationship, that she calls everything off and never chooses to believe in her multiple-time fiance again. This reaction would be understandable because of Nick’s infamous abandonment of Sharon following Cassie’s (Camryn Grimes) tragic death. He then took comfort in Phyllis’ (as then played by Michelle Stafford) arms, which led to ‘Phick’s’ rise and Summer’s (Hunter King and now, temporary recast Bayley Corman) birth.

It’s important to point out that ‘New Nick’ is a different version of the character that Morrow has played for twenty-four years. Per the tenured actor’s option, he chose to take this character in darker direction in order to deepen his range and as an alternative to departing Y&R when he reached the quarter-century mark in 2019.

Today’s Nicholas has a fluid sense of morality. At times, he’s compassionate and truthful. That element of his personality proved true when he told Phyllis that he wanted to tell Sharon about ‘Phick’s’ recent reconnect.

The truth ALWAYS comes out. Make sure to tune in to #YR this week to see what happens! pic.twitter.com/p4RSPbO12V

However, the emotions tied to J.T. (Thad Luckinbill), in particular, make Sharon’s information withhold a wild card. Nick could go ballistic if he learns that Sharon has lied to him about her involvement in the coverup of J.T.’s death and unlawful burial in Chancellor Park.

Fans of ‘The Young and the Restless’ rightfully express their opinions on a regular basis. So, will Sharon and Nick make it to the altar no matter who tells whatever to who? Will they simply postpone their wedding until all is resolved, or cancel the remarriage that devoted ‘Shick’ fans have been waiting years to see realized? Please vote in our poll below!

Days of Our Lives Spoilers: Is EJ DiMera Still Alive?