The Young and the Restless (YR) Poll: Will Lily Go To Prison? – Devon Seeks Justice 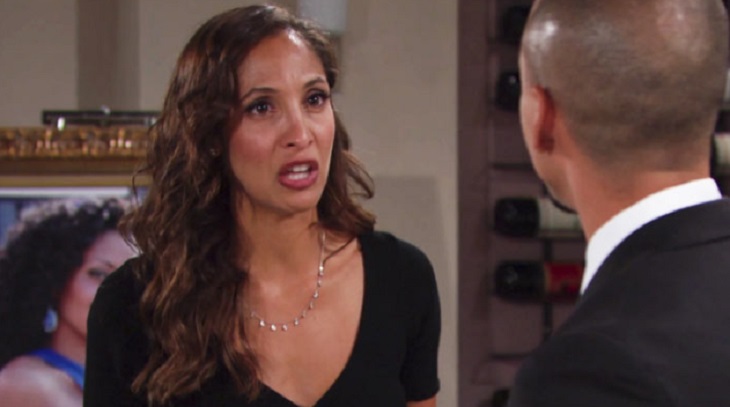 Lily (Christel Khalil) didn’t realize that she ran the red light on ‘The Young and the Restless’. But when that happened, Hilary’s (Mishael Morgan) life was nearly over. Days later she died as the result of injuries suffered in the horrific car accident.

Devon (Bryton James) learned from Shauna (Camryn Hamm) what his sister did. He’s been in Lily’s face about it ever since. In Devon’s mind, she killed his unborn child and Hilary. The only justice he sees as fair is for Lily to turn herself into the police, or he and Shauna will report her to the authorities.

Neil (Kristoff St. John) is trying to keep his family together amidst the havoc that has occurred. That doesn’t seem possible, in the near term.

This situation was preventable. But the real truth is, as only the audience knows, is that Lily and Hilary were equally responsible for the accident. Devon can’t see that now because he’s grieving. Whether he recognizes that point before Paul (Doug Davidson) learns what happened is a deep question that could impact the Ashby, Winters’, and Hamilton families for years to come.

Lily is being fully forthright in saying that she absolutely did not want to kill Hilary. She didn’t drive through the red light, knowing that the tractor trailer was going to hit her car on its passenger side. The fact that Charlie (Noah Alexander Gerry) was in the back seat underscores that logical point.

Like all grief-stricken people, Devon isn’t thinking straight. He’s venting his anger at the person who he believes stole his family from him. The fact that Lily was exposed at Hilary’s post-funeral get-together in front of the gathered crowd made everything infinitely worse.

Cane (Daniel Goddard) feared this exact result when he repeatedly told Charlie and Shauna to forget about what they saw. Shauna felt compelled to speak and all came out.

Fans of ‘The Young and the Restless’ rightfully express their opinions on a regular basis. So, will Lily go to prison because she didn’t report her actions to the police after learning what she’d done, or be arrested even if she talks to Paul after the fact? Please vote in our poll below!


Soap Opera Spy is a leading source for everything linked to ‘The Young and the Restless’.

The Young and the Restless (YR) Spoilers: Nick Loves Sharon, But Remains Intrigued By Phyllis