The Young and the Restless (YR) Poll: Who Wins Custody of Christian – Victor, or Nick? 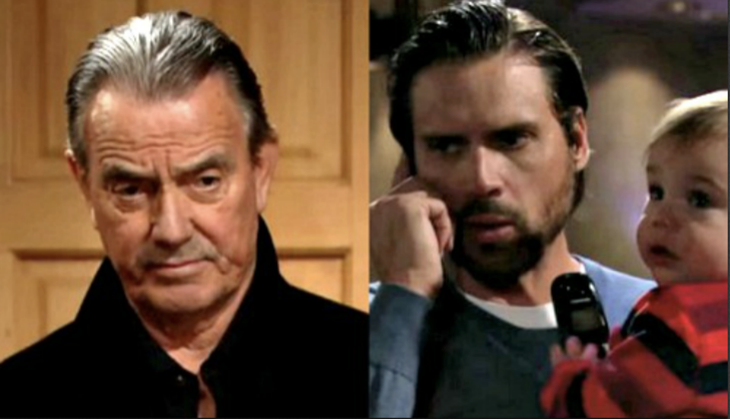 Is it a certainty that Victor (Eric Braeden) wins custody of Christian (Jude and Ozzy McGuigen) on ‘The Young and the Restless’? The ‘Moustache’ rarely loses, which Nick (Joshua Morrow) knows so well.

Okay, Adam (Justin Hartley) is supposedly Christian’s father. This has seemingly been proven through more than one genetic test, including the most recent one Nick had conducted earlier this year. So it appears as though that plot point won’t be adjusted. But all soap fans are savvy and they know that anything remains possible.

Let’s assume, for sake of argument and this poll question feature, that Adam is the dad. But wait, why is the verb is being used? Shouldn’t be written and read when referring to the character Hartley last played? Again, smart fans of this genre recognize that point also remains open, but is secondary to the lead emphasis of this developing storyline.

This again-battling father and son combo aren’t considering if Adam is alive. Instead, they believe he’s gone, as is Christian’s mother Sage (Kelly Sullivan) and that the welfare of their son is at stake.

Nick’s grounds for retaining Christian are mixed. He’s cared for his nephew earnestly, as though he were his own. Nick also didn’t know about said reveal until it was revealed to him in recent months. What should he have done at that point, handed Christian over to Victor due to biology? Of course not.

Victor is a vindictive guy. He’s already indicated that he’ll use Nick’s choice to be with Sharon (Sharon Case) as a legal stick. Will that be enough?

It’s true that Sharon withheld Christian’s maternal paternity from Dylan (Steve Burton). But she didn’t know about the paternity issue. And the moment she learned the truth, Sharon made sure to get that message to Nick, after the head-conk Chelsea (Melissa Claire Egan) applied.

Obviously, this coming legal assault won’t be an open an shut debate or case. But will Nick be forced to turn the boy he’s raised as his son over to the man he again despises?

Fans of ‘The Young and the Restless’ rightfully express their opinions on a regular basis. So, who wins custody of Christian? Will it be Victor or Nick? Please vote in our poll below!

Is General Hospital Peter A Good Guy Or Simply Faison #2?