‘The Young and the Restless’ (YR) Poll: Are Y&R’s Cast and Storyline Changes Causing the Soap To Slip? 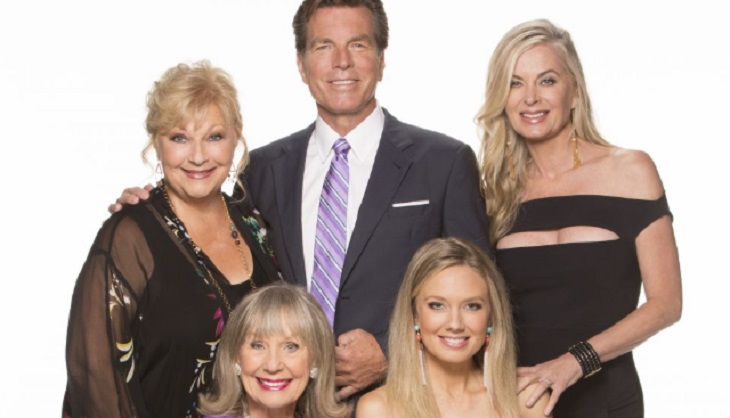 A volume of cast and storyline changes on ‘The Young and the Restless’ are impacting viewer perceptions. The loss of familiar faces, the addition of new ones, and shifts among legacy characters is creating an effect. So, how do fans feel about what they are seeing?

Soap operas are always ripe for critique. The call for change, when heeded, results in consequences, as Y&R fans know.

Morgan’s departure and her agent’s follow-up public statements indicated an amicable exit. Kahlil said that she looks forward to Lily’s continuing adventures. Doug Davidson revealed that he was dropped to recurring status in January and isn’t certain how often, or if, his forty-year character will be seen moving forward. Eileen Davidson cited a desire to be with family and has previously come and gone through the years.

Jack Abbott’s (Peter Bergman), “paternity quest”, as he recently called it, has generated various fan responses. The idea that this legacy character could actually lose his family identity and possibly become Victor’s (Eric Braeden) brother could be classified as an offense. Others are okay with the odyssey, in that it has evoked classic Y&R character names and as long as Jack eventually learns that John (Jerry Douglas) is his dad.

Joshua Morrow (Nick) said that rather than consider voluntarily departing Y&R at what would be his 25-year mark (2019), he opted to play into a major character shift. So, Nick now exhibits a starkly different personality that’s feels Adam-ish (meaning the Michael Muhney version).

Hardcore viewers accept daytime drama for what it is, escapist fantasy. However, they and all other viewers do deserve believability. Fair-minded fans are giving and will continue to give Y&R’s new direction an extended chance to succeed.

Fans of ‘The Young and the Restless’ rightfully express their opinions on a regular basis. So, are Y&R’s cast and storyline changes making the show better, creating no effect, or causing the soap to slip? Please vote in our poll below!

The Young And The Restless Spoilers: Richard Gleason Arrives on Y&R As Victor Newman’s Brother