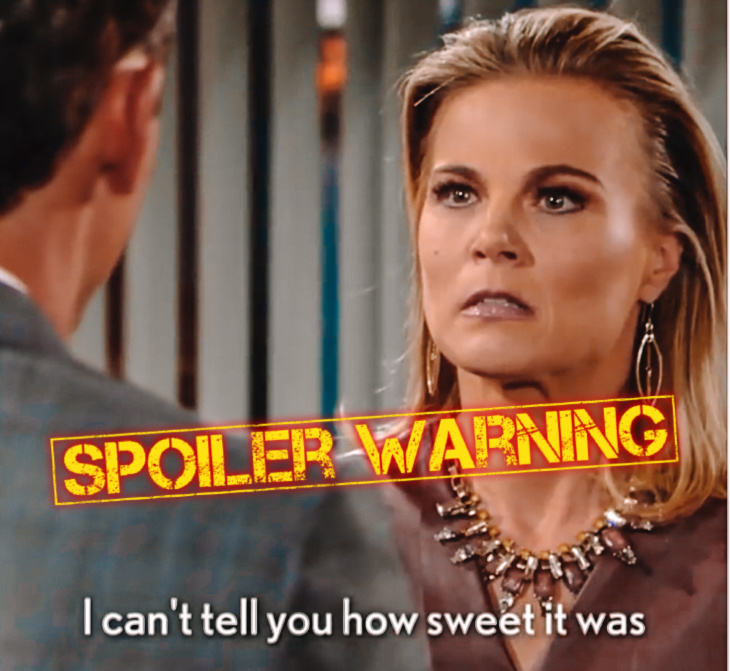 “The Young and the Restless” spoilers for the week of Monday, October 15, 2018 Through Friday, October 19, 2018 tease that “This week blackmail, revenge, and rage!” We have a very drama filled week heading our way and you will not want to miss a moment of the action!

In the newest CBS “The Young and the Restless” promo video we see Nikki Newman (Melody Thomas Scott), Victoria Newman (Amelia Heinle), Phyllis Summers (Gina Tognoni) and Sharon McAvoy (Sharon Case) being blackmailed from an unknown individual. They will all receive a second letter with different numbers on them that add up to the amount in which the person taunting them will want to keep quiet about J.T. Hellstrom’s (Thad Luckinbill) whereabouts. The ladies will all be on edge and Victoria will be backed into a corner. Are you Y&R fans ready for the secret to be revealed?

Meanwhile, Billy Abbott (Jason Thompson) will let it be known that he slept with Summer Newman (Hunter King) to get revenge on the two people that screwed him over, his words not ours. Billy will try to let Summer down easy, but when Summer pushes Billy too far she will be in for a rude awakening. Phyllis Summers will arrive at Jabot to find Summer and Billy arguing. Summer and Phyllis’ world will be rocked when Billy reveals his true intentions for sleeping with Summer. He feels it was the ultimate revenge to stick it to Phyllis and Nick Newman (Joshua Morrow). Do you think Billy went too far?

Elsewhere, Kyle Abbott (Michael Mealor) will stumble upon a secret when Dina Mergeron (Marla Adams) becomes frantic. Dina will get agitated and go rambling on about a safe in John Abbott’s office at Jabot. Kyle feels it will not hurt anything by simply driving her over, especially since his curiosity is piqued. After they arrive at Jabot, sure enough there is a wall safe where Dina said there will be. Kyle will get the safe open and will be stunned by what he finds. What do you think he found?

Meanwhile For The Other Residents of Genoa City …

Jack Abbott’s (Peter Bergman) plan backfires. Kyle Abbott will be torn between Summer Newman and Lola Rosales (Sasha Calle). Sharon McAvoy will stand her ground with Nick Newman. A secret about J.T. Hellstrom will be revealed. As you can see we have a very eventful week coming up, so make sure to stay tuned to CBS’s “The Young and the Restless.”

The Bold and the Beautiful Spoilers Week Of October 15 – 19: Bold Moves, Broken Promises, And BIG Consequences