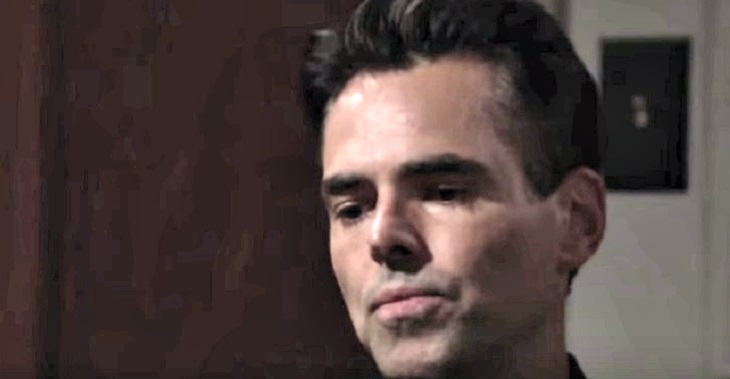 “The Young and the Restless” spoilers for Wednesday, July 11, tease that Summer (Hunter King) will try to keep Phyllis (Gina Tognoni) out of Billy’s (Jason Thompson) way. It turns out that won’t be an easy task! At home, Phyllis thinks maybe she should grab some takeout and head to Jabot. She believes Billy’s working late and suggests it’d be a nice surprise.

Summer knows Billy isn’t at work like he claims, so she makes up an excuse to stop her mom. Phyllis agrees to have dinner with Summer, but she doesn’t go for her daughter’s Top of the Tower idea. They end up at the athletic club, which isn’t the best plan since Billy’s playing poker upstairs.

After a few close calls, Summer and Phyllis make it back to the apartment. A relieved Summer reassures Billy via text while Phyllis sneaks off to Jabot. She’s puzzled when the place is empty and dark. Billy texts Phyllis about still being stuck at the office, so he’s busted.

Of course, Phyllis doesn’t know the reason for Billy’s lies. She has cheating suspicions, so Hilary (Mishael Morgan) offers a private investigator’s phone number. Nate (Brooks Darnell) also manages to get on Hilary’s nerves again. They argue as Hilary’s trying to do the show with Mariah (Camryn Grimes).

Speaking of Mariah, The Young and the Restless spoilers tease that she pushes Sharon (Sharon Case) for answers. Mariah feels like Sharon isn’t giving her the whole story about J.T. (Thad Luckinbill) and the night he disappeared. Sharon fibs that she helped Victoria (Amelia Heinle) usher J.T. out of Genoa City. Mariah’s confused by Nikki’s (Melody Thomas Scott) involvement. However, she promises she won’t breathe a word to Nick (Joshua Morrow).

At Neil’s (Kristoff St. John) penthouse, Nate checks Victor (Eric Braeden) out and warns that he’s had a setback in his recovery. The doc wants Victor to concentrate on his health plan. Later, Victor and Nick are together when the custody ruling is announced. They take a look at their emails and stare at each other.

Back with Sharon, she’s disappointed when Nick returns to the cottage. She mistakenly assumes he lost the custody fight, but Nick shows off Christian (Jude and Ozzy McGuigen) soon after. Y&R fans can definitely expect some sweet family moments.

“The Young and the Restless” spoilers say Sharon and Nick will continue down this happy road, but something’s bound to shake up their romance eventually. Will J.T. secrets come between them? We’ll give you updates as other news and rumors emerge. Stay tuned to see what’s ahead in Genoa City.

The Bold and the Beautiful Recap Tuesday, July 10: Xander’s Got A Stalker And A Secret Past