The Young and the Restless Spoilers: J.T. Pays Sharon And Nikki A Visit – No One Is Safe! 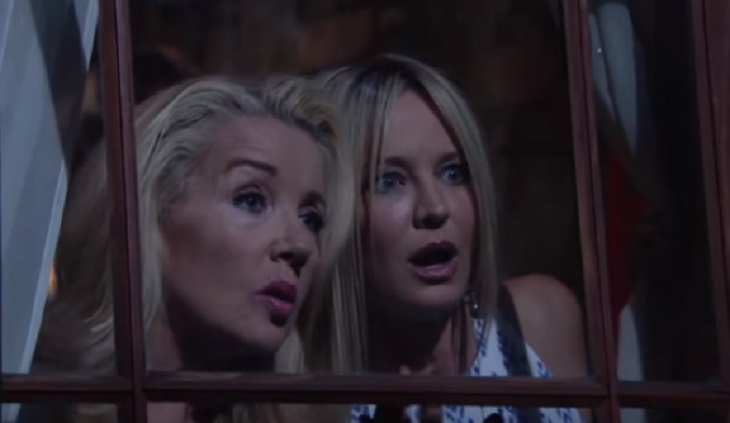 The Young and the Restless spoilers indicate that Sharon and Nikki will be stunned to see JT. This is when they hear a noise outside the tack house and when they look out the window, they see none other than Victoria’s ex-husband, despite the fact that they buried his body after he was accidentally killed.

According to CBS Soaps in Depth, this freaks the women out, so to speak. Sharon Case, who plays Sharon on the show, tells the publication, “Seeing anybody outside your house and looking in would be scary on its own but for it to be someone who you thought was dead would be downright freaky. Of course, being out in the country makes it, even more, jeepers creepers.”

Surprisingly, the two ladies did keep their composure. They also didn’t scream for Nick, who happened to be in the house with them, too. And while they have suspected that JT might be alive, they didn’t think that he would be so bold as to come by and take a peek through their windows!

Nikki then takes matters into her own hands by calling the main house to call Victor. Unfortunately, there’s no answer. By now, it’s obvious that JT is back to finish the job that he started and that anyone – including Victor, Victoria, Nikki, Sharon, and Phyllis – might all be in grave danger.

The Young and the Restless airs weekdays on the CBS network. Check your local listings for times. In the meantime, let us know what you think by leaving us a line with your thoughts in our comments section below.

Days of Our Lives Spoilers: Eve Makes A Shocking Move To Help Brady, And It Backfires!