The Young and the Restless Spoilers: Nick And Sharon Plan Big Confessions, Billy Gets Out Of Control 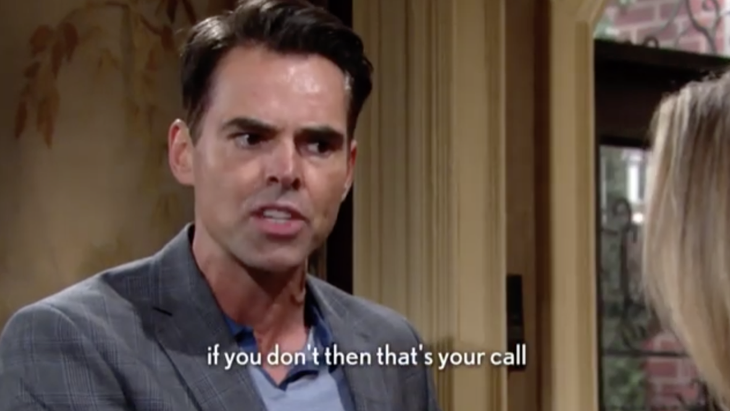 Some huge secrets are on the brim of coming out this week on “The Young and the Restless.” Nick and Sharon plan to come clean of the things they are hiding from each other, amid all their wedding planning. Meanwhile, Billy’s family has set up an intervention, but he spirals out of control.

“The Young and the Restless” fans know that Nick and Sharon are hiding things from each other, which are threatening to ruin their relationship. But they will be out in the open soon. Spoilers tease that Nick plans to tell Sharon he and Phyllis had a sex, but that it was just one time and it was over. He informs Phyllis about his plan to confess to Sharon.

On one hand, Sharon feels compelled to tell Rey the truth about J.T.’s death. Also, “The Young and the Restless” spoilers tease that she will tell Nikki that she needs to confess to Nick about J.T.—all of it.

Their wedding is just around the corner, and we can only wonder how the truths coming out would affect the relationship they have been trying to rebuild.

The truth ALWAYS comes out. Make sure to tune in to #YR this week to see what happens! pic.twitter.com/p4RSPbO12V

Meanwhile, Billy is on a gambling mode again, and Phyllis learns he’s lost again. Ashley staged a family intervention to help Billy, brining Traci and Jill back in town. They want Billy to enter a rehab. Traci would step up as CEO interim if he agrees to the condition, and Jill warns him she does not want to see him ruin his life again just when his career is at its great height. Abby, Victoria, Phyllis and Jack were also there, and they insist that it is for Billy’s well-being.

However, Billy is not convinced. He believes Ashley and Kyle just want to get him out of his job as Jabot’s CEO. He tells everyone in the room to just leave him alone before storming out, leaving Phyllis in tears.