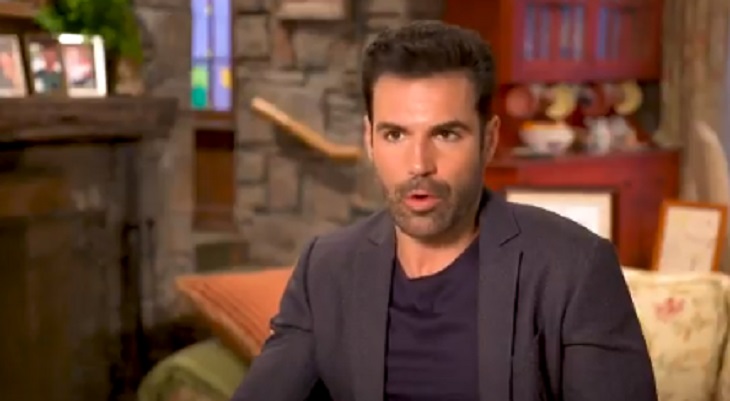 “The Young and the Restless” spoilers for Friday, September 21, tease that Sharon (Sharon Case) will be stressed over her new job. At home, Sharon fears accepting the victim liaison position was a mistake. Nick (Joshua Morrow) offers a pep talk about not letting insecurities hold her back. He also hints that Rey (Jordi Vilasuso) deserves another chance since he’s been so focused on justice.

Sharon choose to move forward with her plans, so she heads to the police station. She gets to work right away on a new case. Rey and Sharon meet with Ivy, a woman who’s got drug gang ties. Sharon handles the situation with ease and convinces Ivy to testify. Afterward, Rey provides plenty of praise. He secretly texts Paul (Doug Davidson) about the trust that he’s building with Sharon.

Meanwhile, Traci (Beth Maitland) returns to town. Ashley (Eileen Davidson) brings her sister in the loop on Billy’s (Jason Thompson) gambling. His addiction is out of control again, so Ash wants to act. She pushes Traci to take the CEO position until they can get rid of the blood-Abbott clause. Traci is only focused on doing what’s best for Billy. She argues that they have to stage an intervention ASAP.

The Rosales family has arrived in Genoa City! 👏 Get the inside scoop on this new family from @jasoncanela, @JordiVilasuso, and @SashaCalle. #YR pic.twitter.com/E5SuuEIgKI

Over with Kyle (Michael Mealor), he seems smug about the fallout that’s brewing. During a confrontation with Billy, Kyle comments on the suffering Jack (Peter Bergman) endured. Billy refused to do away with the blood-Abbott clause, so Kyle hints at trouble. He suggests that certain things can come back to bite you.

At the athletic club, Jack (Peter Bergman) struggles to secure Matt’s (Richard Gleason) cooperation. He needs a DNA sample, but Matt insists Jack will have to go to Victor (Eric Braeden). Nick arrives and learns what’s going on, so he offers to provide the sample instead. Jack’s appreciative, but he needs Matt or Victor’s DNA for solid proof.

Matt ultimately decides he can at least talk to Victor. He goes to his brother and argues that he needs to grant Jack’s request. If Victor doesn’t, he’s letting Albert Miller’s (George Kennedy) dark cloud hang over him. Victor needs to prove his awful father doesn’t define him or influence his choices.

Later, Vic sends for Jack and agrees to hand over his DNA sample. Nate (Brooks Darnell) pitches in on the test and promises the results will be back soon. They could know the truth as early as tomorrow. Back with Nick and Sharon, they discuss her first day on the job. Sharon notes that lies destroyed Ivy’s family, so that hits home for “Shick.” Both of them have big secrets that need to come out.

Next week, “The Young and the Restless” spoilers say Sharon and Nick will consider coming clean about what they’re hiding. However, it seems likely that good intentions will go awry! We’ll give you updates as other Y&R news and rumors emerge. Stay tuned to see what’s next in Genoa City.