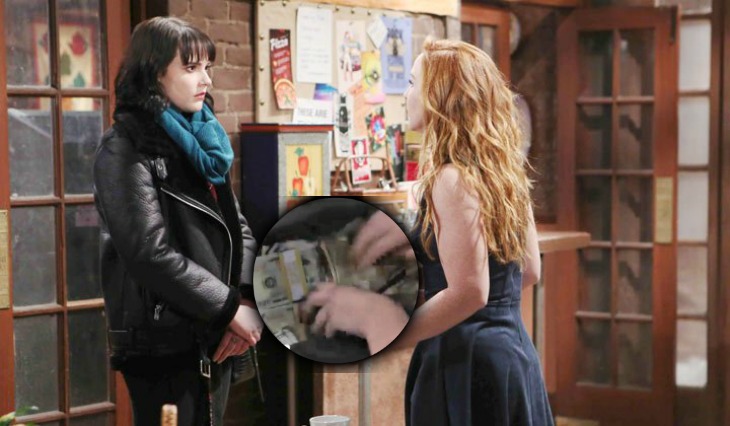 “The Young and the Restless” spoilers for Friday, November 9, tease that Nikki (Melody Thomas Scott) will take charge. At Sharon’s (Sharon Case) place, Nikki wants her to dig around. She urges Sharon to see what else Rey’s (Jordi Vilasuso) learned about J.T. (Thad Luckinbill).

Sharon’s reluctant to return to the station but eventually goes along with Nikki’s wishes. However, things take an interesting turn when she arrives. Sharon tells Rey she’s resigning, which takes him by surprise. He assumes it’s because they nearly crossed the line and later, acknowledges his feelings for Sharon. She notes that they’re not to blame for how they feel, but they can control their actions.

At the athletic club, Nate (Brooks Darnell) reaches out to Victoria (Amelia Heinle). He knows the J.T. situation must be hard for her, but she suggests she’d rather be alone. Nate tries his luck with Jack (Peter Bergman) next. He gets Jack to share some of his family problems and provides support.

Nikki meets up with Victoria, who’s getting off the phone with Reed (Tristan Lake Leabu). Victoria can tell the teen’s a mess, but he’s staying put. Victoria’s concerned about her son and the truth, but Nikki thinks they have to stay strong. She wants to believe everything’s going to turn out OK in the end.

At the coffeehouse, Mariah (Camryn Grimes) checks in with Tessa (Cait Fairbanks) and gets reassurance about living together. Tessa notes that she loves Mariah and wants to spend as much time with her as possible. Mariah stops by the police station to fill Sharon in and gets her stuff ready at home.

Before she leaves with Tessa, Mariah gets emotional about leaving the cottage behind. Still, she’s prepared to take this leap. At Tessa’s studio, Mariah works to find space in the closet. Tessa’s a bit too protective of what’s in there, but manages to excuse it. When Mariah steps out, Tessa looks in a bag she’s guarding. It’s full of cash, so this can’t be good!

Tessa hugs Mariah once she gets back, but her expression is one of worry. “The Young and the Restless” spoilers say some “Teriah” trouble is brewing, so expect major drama later this week. We’ll give you updates as other Y&R news and rumors emerge. Stay tuned to see what’s next in Genoa City.

Days of Our Lives Recap November 8: John And Marlena Get Married – Abby Turns The Tables On Kate