The Young and The Restless RUMORS: Rosales Newest GC Family – Arturo and Rey’s Rift To Be Revealed 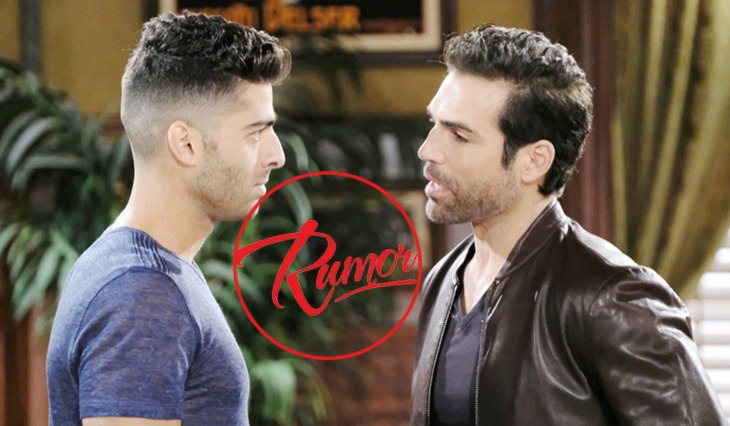 The Young and the Restless rumors indicate that the cause for the rift between Arturo (Jason Canela) and Rey (Jordi Vilasuso) will be revealed soon.

Since coming to Genoa City, Rey hasn’t been welcomed with open arms by his brother Arturo. It’s obvious the two siblings have some animosity and caught in the middle of their battle is their sister Lola (Sasha Calle).

With the Rosales family fighting, viewers are wondering what the deal between Rey and Arturo is. Not much is known about the brothers’ past. What fans do know is that Rey is the oldest brother and became the head of the household when their father abandoned their mother. Rey has also made remarks about Arturo being a screw up and warned Abby (Melissa Ordway) to be careful.

The Rosales family has arrived in Genoa City! 👏 Get the inside scoop on this new family from @jasoncanela, @JordiVilasuso, and @SashaCalle. #YR pic.twitter.com/E5SuuEIgKI

Although it’s hard to draw conclusions based on this information, but that hasn’t stopped fans from forming theories about what caused the rift between the brothers.

The first is that Arturo was a troubled kid and Rey had to clean up his brother’s mess. Rey’s annoyance with his brother’s recklessness and Arturo’s anger at being viewed as a screw up could’ve played a role in their estrangement.

Another theory has Rey’s ex-wife being involved in the family feud.

Rey mentioned to Sharon (Sharon Case) that he and his wife were separated, but didn’t go into details about the reason. It’s possible that Arturo could’ve had an affair with Rey’s wife, which led to the couple’s separation along with the fighting between the brothers. Given Rey’s advice to Abby about thinking with her head and not her heart, this theory seems possible.

Could one of these reasons be why Rey and Arturo don’t get along? Or is there another secret from their past?

With the Rosales now Genoa City’s newest family, viewers will get a chance to see them more often and maybe learn about their past. What secrets will be revealed about the Rosales?

General Hospital Jason Saved Oscar, Gave Him Hope For Future – Will Drew Be Grateful To His Brother?