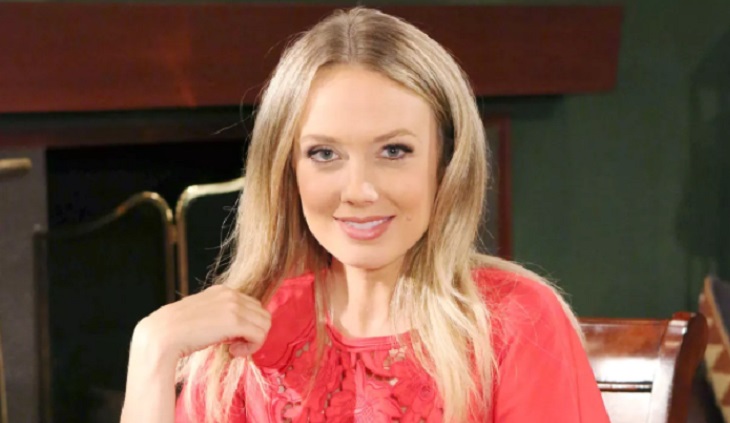 The Young and the Restless spoilers and comings and goings reveal that fan favorite Melissa Ordway has already filmed new episodes for the CBS soap opera and Abby Newman is headed back to Genoa City.

Abby Newman abruptly jetted off to Europe after a failed romance with Scott, Sharon Newman’s boyfriend.  Of course, the exit of runaway Abby coincided with Melissa Ordway’s maternity leave.

After spending a few weeks at home with her adorable baby girl Sophie Jolie, Melissa got back to the daytime drama set to film more Y&R scenes.

So far it is unclear what will bring Abby Newman back, or what the writers have in store for the popular character.  But, it has been revealed that her first official return date is scheduled for March 8.  We can’t wait to see Ordway back on our TV screens!