The Young and the Restless Spoilers: Jack and Ashley CEO War Continues – Will Jack’s Son Head To Genoa City? 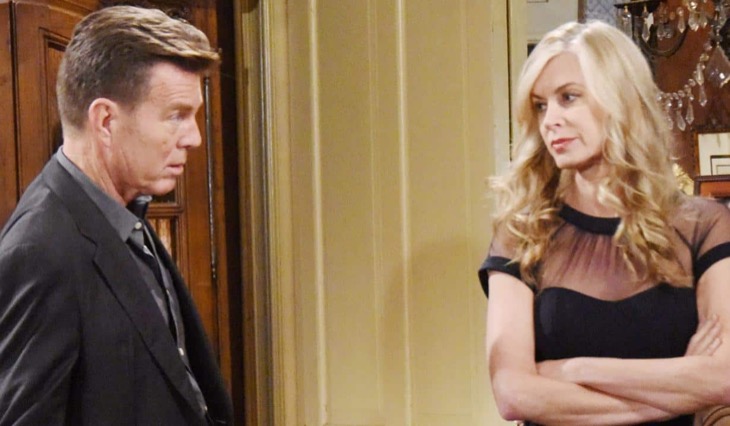 The Young and the Restless spoilers tease that fans might be seeing the return of Jack’s son, Kyle, to Genoa City. Fans were shocked to find out that Kyle was the last person to cast his final vote via proxy to oust his own father from Jabot.

The last time fans saw Kyle on The Young and the Restless, was when actor Lachlan Buchanan played the role back in 2015 and 2016. And now rumor has it that Kyle might make his way back to Genoa City in what most likely will be a face off with his father Jack. Fans still remember how Kyle helped his father learn how to walk again after he was shot by Patty.

If Kyle were to return now, it would definitely make sense. After all, the Abbott family is dealing with one problem after another. Both his father Jack and his aunt Ashley have been feuding over the top spot of Jabot. What’s more, they’ve also been dealing with their mother Dina’s Alzheimer Disease and of course, the drama surrounding Graham Bloodworth’s return. Kyle’s return might stir up more trouble or he might end up giving his family the help they desperately need right now.

Yet, one insider tells CBS Soaps in Depth that right now producers don’t plan on bringing Kyle back anytime soon. Of course, fans know that when it comes to the soap world, anything can happen at anytime. Viewers will just have to tune in to see what will happen next!

The Young and the Restless airs weekdays on the CBS network. Let us know what you think by leaving us a line with your thoughts in our comments section below. Also, don’t forget to check back with Soap Opera Spy for all the latest news, updates and spoilers on The Young and the Restless and all of your favorite daytime television shows right here!

General Hospital Spoilers: Port Charles Is About To Witness Sonny’s Dark Side