General Hospital Spoilers: Port Charles Is About To Witness Sonny’s Dark Side 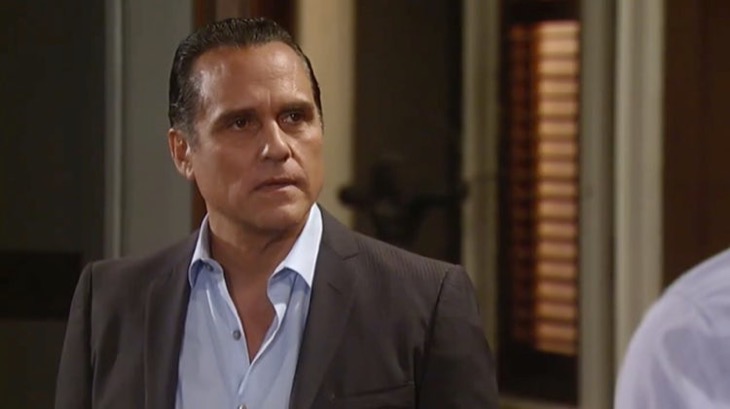 Sonny Corinthos (Maurice Benard) might be Port Charles’ biggest and most well known mobster, but it looks like we haven’t seen anything yet. As a matter of fact, General Hospital spoilers tease that viewers will get a taste of Sonny’s dark side in the coming weeks.

Even though Sonny has proven himself to be a man that a lot of people can rely on, that all changed after he called his long-time rival, Julian. (William DeVry) He made it pretty clear that Julian needs to watch his back, by telling him, “Let’s remind the world what Sonny does.”

After all, this is the same man who used to run a strip club in Port Charles. According to General Hospital head writer Shelly Altman, she says viewers will be seeing the old Sonny in action again, and it won’t be pretty. Many in his inner circle will be shocked to see this sudden change in him, too.

Shelly told ABC Soaps in Depth, “We’ve played the gangster with the heart of gold, and that may be true to a certain extent. But we thought this was a great opportunity to show the other side of Sonny, the darker side that engages in illegal activities.

Apparently, Sonny will be going back to his roots, with him turning from nice guy to evil villain pretty quickly. Shelly added, “There are other very real, very illegal activities that he engages in. And we felt as if it was really important to show that other side of Sonny’s life, too.”

In other words, Julian is in trouble! General Hospital airs weekdays on the ABC network. Tell us, what do you think Sonny has in store? Drop us a line with your thoughts in our comments section below.

The Young and the Restless Spoilers: Jack and Ashley CEO War Continues – Will Jack’s Son Head To Genoa City?