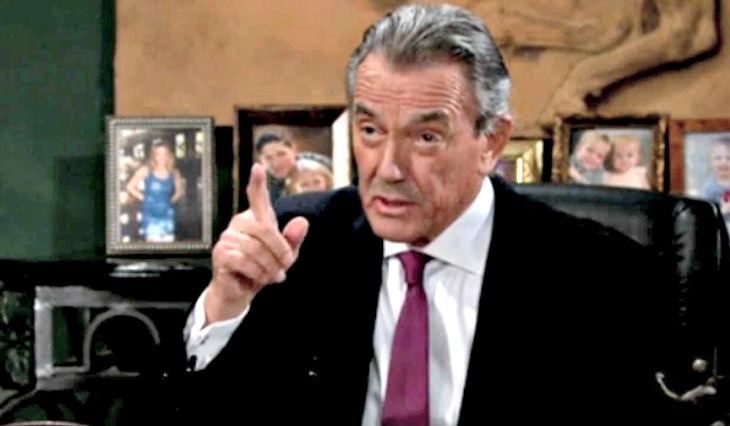 The Young and the Restless (YR) star Eric Braeden is dealing with a difficult situation. Unfortunately, many fans of the hit CBS soap are taking the actions of his character very seriously, and for the actor, it’s gotten personal. That’s because a few viewers have made harsh threats and accusations towards Eric on Twitter, not realizing that he has nothing to do with what his character Victor does in front of the cameras! And now Eric is fighting back.

According to reports, many fans aren’t happy over Victor’s storyline and how he had managed to win full custody of young Christian, taking him away from his father Nick. As a matter of fact, a lot of people are even taking this rather seriously and lashing out at Eric as a result.

Mike, you’re threatening me and therefore you are NOT my friend, get it?? My people are watching your ass!!! So WATCH IT!!! Get my drift?? I don’t take kindly to threats !! I’m from the fucking streets, brother , experienced more hardships than you’ll ever, SO DON’t threaten!!!!

One Twitter follower went a little too far in his threats, prompting Eric to respond and in a not-so-kind way, too. The actor wrote, “Mike, you’re threatening me and therefore you are NOT my friend, get it?? My people are watching you’re a**!!! So WATCH IT!!! Get my drift?? I don’t take kindly to threats !! I’m from the f***ing streets, brother, experienced more hardships than you’ll ever, SO Don’t threaten!!!!”

Clearly, Eric has had enough of soap fans confusing his on-screen persona with the person he really is off camera. Unfortunately, there are a lot of people that don’t realize Eric has nothing to do with what direction the writers take his storyline. After all, he’s just doing his job as an actor!