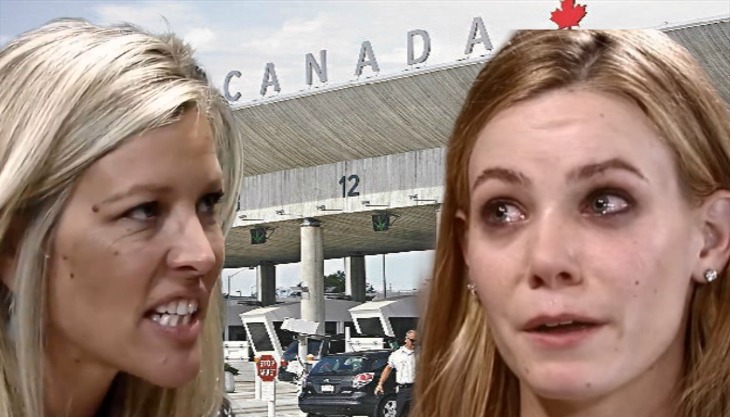 “General Hospital” spoilers tease that Nelle (Chloe Lanier) will leave Port Charles behind soon. We’ve got some new info on how this scheming character will depart. Since Nelle was recently arrested, she’s supposed to land in jail after her GH release. Of course, her exit won’t be quite that simple. A few more twists have to play out, so be prepared for some shocking moments.

At some point, Nelle will see a tempting opportunity. When the chance to score her freedom emerges, Nelle will decide to take advantage of it. She doesn’t want to spend the rest of her life behind bars, especially when she doesn’t think she did anything wrong. Like Liesl (Kathleen Gati) said, Nelle’s a sociopath. She’s only looking out for number one and everybody else has to suffer because of it.

The Corinthos clan has obviously suffered the most since Nelle’s debut. She’s been in their orbit from the very beginning, so they should be glad to get rid of her. However, Carly (Laura Wright) doesn’t want Nelle to just walk away after all this. She’d much rather see Nelle prosecuted and locked up for her crimes.

WATCH: Nelle preys on Brad in the darkest moment of his life. But will he accept her offer? @parryshen @chloelanier #GH55 pic.twitter.com/fWujLZGWv6

“General Hospital” spoilers say Nelle will attempt to flee PC, but will she actually make it out? The answer isn’t clear just yet, we do know one last Carly confrontation’s looming. Nelle will face off with her main adversary before she takes her final bow.

However, that bow may not be so final after all! According to a new Soap Opera Digest interview, the door will be left open for Nelle’s return. Chloe Lanier is willing to come back on a recurring basis, so she could potentially pop in for some future stints.

“General Hospital” spoilers say the show will make it easy be letting Nelle live. SOD confirms that Nelle won’t be killed off, which is great since she’s such a crazy character. There’ll undoubtedly be stories down the road that could use her involvement.

Missed an episode? Not to worry! Full episodes of #GH are just a click away: https://t.co/IiNltgrCN7

Nelle will ultimately head to the pier as she tries to escape. Will she make it out of Port Charles or get cornered by the cops thanks to Carly? Either way, Nelle’s exit should be a memorable one! We’ll give you updates as other GH news and rumors emerge. Stay tuned to the ABC soap and don’t forget to check Soap Opera Spy often for the latest “General Hospital” spoilers, rumors, updates and news.