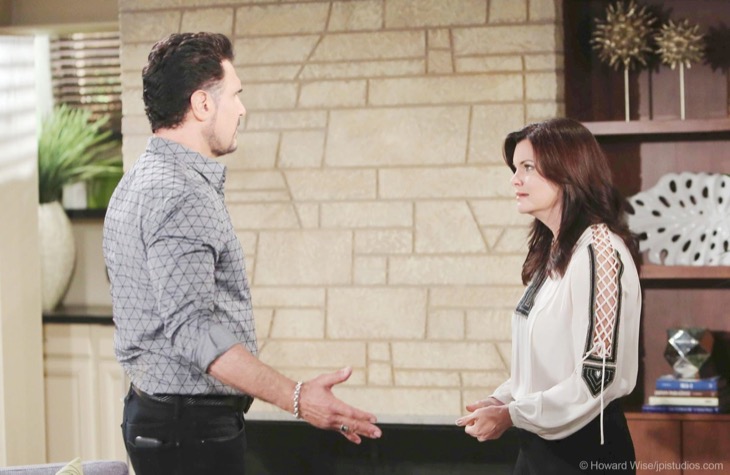 She didn’t want for it to happen this way, but it looks like Katie (Heather Tom) is going to be taking Bill (Don Diamont) to court. As a matter of fact, The Bold and the Beautiful spoilers indicate that Katie wants to get full-time custody of their won Will, and that’s because Bill has been neglecting his fatherhood duties one too many times. And as a result, she wants to be fully responsible for the boy, regardless of what Bill has to say about it.

According to CBS Soaps in Depth, actor Don Diamont, who plays Bill on the hit show, knows that he’s done enough to have his family distance themselves from him, but he didn’t expect for Katie to do this.

Don told the publication, “He has alienated his grown sons, his reckless pursuit cost him the woman he loved, Steffy. All Bill has is his business. He has basically become his own father, whom he loathed. Will represents Bill’s last chance to redeem himself and he is not about to give that up.”

For Katie, the last straw was when Bill had a play date with Will but failed to show up because he had an important work meeting instead. But this has happened one too many times and that’s why Katie wants Bill to pay. If he can’t be a father, he can’t have Will.

Of course, fans will just have to tune in to find out what happens next. In the meantime, don’t forget that The Bold and the Beautiful airs weekdays on the CBS network. Check your local listings for times. Drop us a line with your thoughts in our comments section below.

And as always, come back to Soap Opera Spy for all the latest news, updates and spoilers on The Bold and the Beautiful and all of your favorite daytime television shows right here!