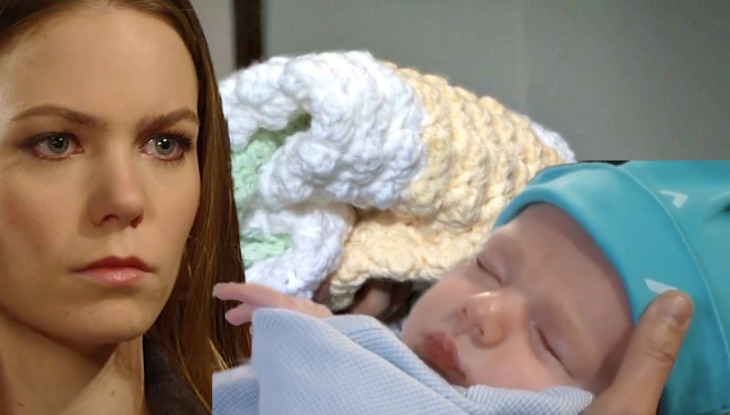 General Hospital spoilers indicate that Nelle (Chloe Lanier) might be gone, but it looks like her spirit is still haunting Port Charles. As a matter of fact, the next week (August 27-31) will bring plenty of surprises along with a few moments of sadness that some people simply didn’t expect to see.

That’s because General Hospital will air encore episodes revolving around Nathan’s (Ryan Paevey) shooting and his death from earlier this year. That’s because this will be a short week, because of the upcoming Labor Day holiday. In addition, we will also get some of the juiciest episodes that have involved Nelle and all the trouble she has caused in Port Charles.  Come on you know you miss her!!!

Apparently, Nelle will continue to wreak havoc on Port Charles. Many of the residents of Port Charles are still caught up in the weave of deception she spun which will be unfolding in the weeks ahead. What will happen to Ava (Maura West) once her involvement in Nelle’s scheme is revealed? The Brad and baby Wiley/Jonah deception that Nelle put in motion will surely cause heartbreak for many residences of PC.

But where is Nelle? No one knows for sure. She could either be in jail, or she could be at Ferncliff for that matter. Whatever the case, it looks like Nelle’s spirit is still around and she might be looking for a way back to Port Charles.  Would you like to see Nelle come back and forth as a guest star?

Also, Kim (Tamara Braun) is offering an update on her former patient who gave birth in the woods and had a fight with Josslyn (Eden McCoy) only a few hours later.

As far as Nelle’s baby mess, only Brad (Parry Shen) knows the truth. Brad is still freaking out about everything that is going on, but luckily Julian (William DeVry) will be around to help put his mind at ease. After all, he is the person who put a call to Wiley’s birth mother!  How far will Julian go to help Brad and Lucas keep Wiley/Jonah?