The Bold and the Beautiful RUMORS: Sally Makes Liam An Offer He Cannot Refuse 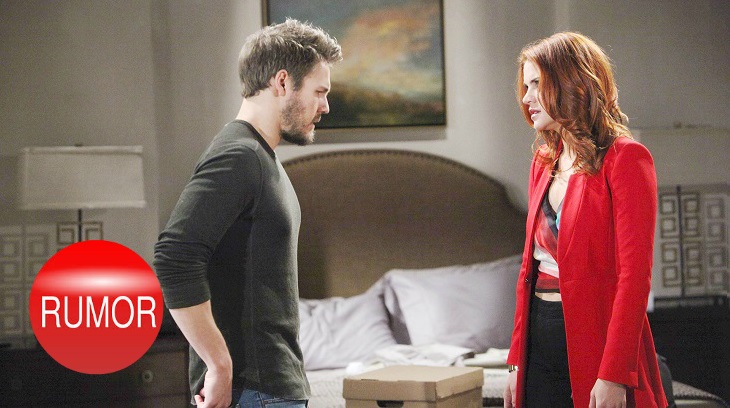 The Bold and the Beautiful rumors indicate that Sally (Courtney Hope) is about to make a bold move with Liam. (Scott Clifton) In fact, she makes him an offer that he simply can’t refuse while ensuring that no one gets in her way, including Hope. (Annika Noelle)

Liam’s personal life has been one complete mess ever since he found out that his wife Steffy cheated on him with none other than his father, Bill. (Don Diamont) Even though Steffy is pregnant, he can’t forgive her for doing him wrong. Sally sees that Liam is broken and that’s why she’s decided to take the opportunity to swoop in and give him exactly what he needs: an opportunity that he can’t say no to.

Related: The Bold and the Beautiful Star Don Diamont Opens Up About His Parenting Techniques

After Liam opened up about Steffy’s infidelity to Sally, she offers him a job to help run Spectra. After all, Sally knows that Liam can’t continue working at Spencer with his father. He also can’t work at Forrester Creations with his two-timing wife. Liam knows this too and that’s why it didn’t take him very long to accept her offer.

Of course, little does Liam realize though that Sally has other plans for their future, too. The only problem is that Hope might get in the way now that she’s back in town, too. But there’s no way that Sally will allow Hope anywhere near Liam: she’s got her eyes on the prize and it’s only a matter of time before she claims him. Hope is left stunned when Sally approaches her and tells her exactly what her plans are. Hope admires her for being very straightforward, but that doesn’t mean she will automatically back down.

LOVE THE BOLD AND THE BEAUTIFUL? SIGN UP FOR OUR EXCLUSIVE NEWSLETTER!

EastEnders Spoilers: Karen Taylor Stops At NOTHING To Get Her Way