EastEnders Spoilers: Karen Taylor Stops At NOTHING To Get Her Way 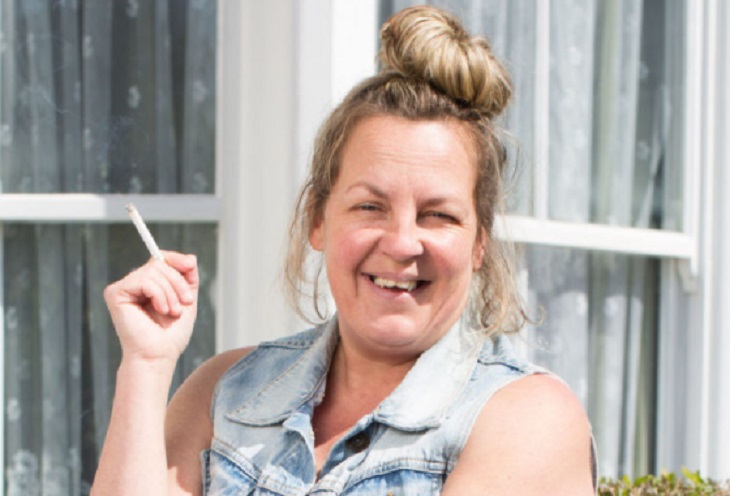 When the launderette relaunches on EastEnders, someone’s got to be in charge of Walford’s dirty laundry, but who? Dot Cotton (June Brown) has been running things since almost 1985, when the character debuted. Is a changing of the guard really necessary?

EastEnders spoilers tease that it is where single mom Karen Taylor (Lorraine Stanley) is concerned. In her mind she is the perfect candidate to rifle through and sort out the residents’ private things, perhaps spilling a secret or two along the way. Actually, she may be overqualified.

Nonetheless, EastEnders’ loud and proud Karen has mouths to feed, and running the launderette sounds like the perfect fit. The only problem? She’s got competition.  Next week, how far will the tough lady go to get what she wants?

Although the earnest mom gets off on the wrong foot with the owner, somehow she’s granted an interview. Then things really go downhill.

How can Karen explain away her past? She gets points for trying her darnedest to make herself sound like an attractive candidate for the job, but there’s only so much ‘splaining she can do.

Still, she goes home and puts on a happy face to her family, assuring them that she’s got the job sewn up. But is it really just a matter of time?

Apparently not. Unimpressed by Karen’s heartfelt insistence on her ability to do the job, EastEnders spoilers tease that the laundry owner isn’t convinced. Later Karen discovers that the owner is doing more interviews, and the job is still wide open for the taking.

The owner definitely isn’t prepared for what happens next! When Karen realizes that she and another candidate are the main competitors for the position, she launches one of her patented, sure-fire plans. Uh oh.

Karen’s decision making isn’t always stellar, and this time it may backfire (again). When she and the other candidate go all out to be top dog, the owner makes a surprising declaration.

Has large and in charge Karen scored herself a job, or guaranteed herself a place in the unemployment line?

The Bold and the Beautiful RUMORS: Sally Makes Liam An Offer He Cannot Refuse