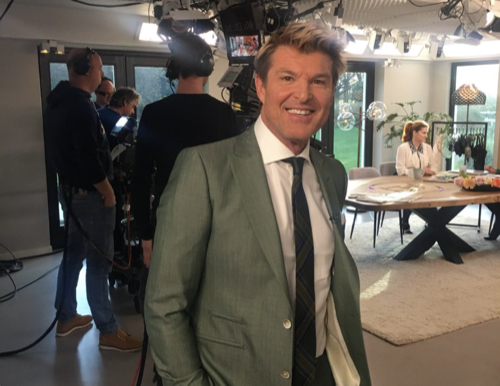 We’ve finally got some good news for Winsor Harmon fans. The Bold and the Beautiful alum – who has seen more bad times than good lately – has just been cast in a new film. According to reports, the actor landed a new role in Cult of Cartel of Cathedral Canyon, which is a sequel to the popular Cathedral Canyon. Winsor is best known for his role as Throne Forrester on The Bold and the Beautiful.

Winsor shared a few behind the scenes photos on his Instagram account. The film is based on true events and will explore the increased levels of crime organization within the church near the Arizona and Utah border. Some of the issues that the film will tackle include child labor, starvation, labor racketeering, human and drug trafficking and political corruption. Filming will take place in Colorado City.

As many soap fans know, Winsor has been making headlines for his arrests lately. Apparently, the former daytime television actor got himself in trouble when he was spotted intoxicated not once, but twice in the last year. If that weren’t enough, he was also found sleeping in the back seat of his SUV.

So far Winsor hasn’t made any additional comments about his new role, although it’s without a doubt that his fans are happy to see him working again. Now whether or not he will return to daytime television one day remains to be seen.

The Bold and the Beautiful airs weekdays on the CBS network. Check your local listings for times. In the meantime, drop us a line with your thoughts in our comments section below. And as always, don’t forget to check back with Soap Opera Spy for all the latest news, updates and spoilers on The Bold and the Beautiful and all of your favorite daytime television shows right here!