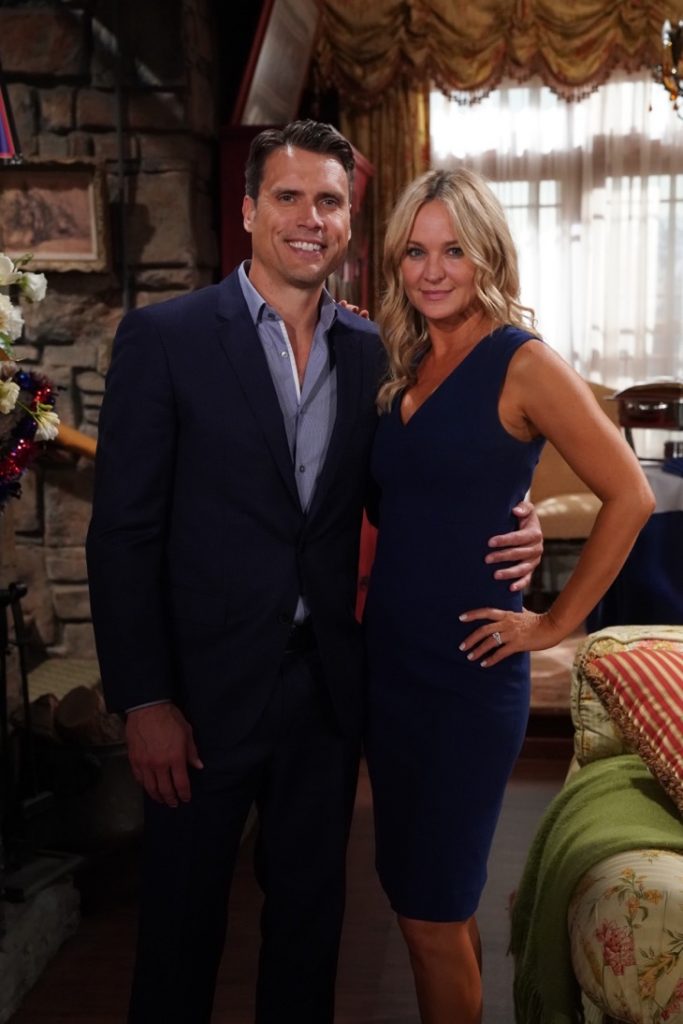 The Young and the Restless (Y&R) spoilers tease that Sharon (Sharon Case) and Nick (Joshua Morrow) may not be as over as they claim. According to CBS Soaps In Depth, Sharon Case spoke to them and spilled what’s ahead for this fan favorite couple. She revealed if Sharon really wants Nick back and what could be ahead.

Despite the shock of the affair with Phyllis (Gina Tognoni), Sharon believes her alter ego really loves Nick. She said this is a couple who always seem to make there way back to each other. They have gone through some pretty dark times together and they always end up together.

On the other side, this time, it hurt much worse for Sharon. She thought they were in love and Nick had a one-night-stand with Phyllis, someone who Sharon cannot stand. And, let’s face it, she has every reason to hate her. Phyllis lured Nick to her bed after Cassie died.

Nick Refuses To Give Up

Nick and Phyllis live together, but it is not because they are in love. It is an arrangement to get Phyllis out of the hotel and to give them more privacy for their intimate moments. Nick is not hiding the fact that he is still in love with Sharon and he would do anything to win her back. For Phyllis, having Nick in any form is good. After all, Phyllis is fighting the urge to make things right with Billy (Jason Thompson).

Case isn’t sure if Nick can win Sharon back, but she expects him to keep trying. She thinks eventually, Sharon will let her guard down and reconnect with her ex. Do you want Sharon and Nick to get back together? Don’t forget to come back later for more Young and the Restless (Y&R) spoilers, news, and casting updates!