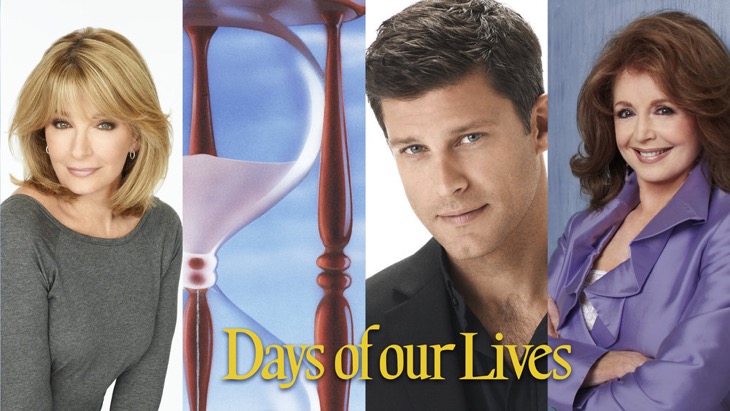 “Days of Our Lives” spoilers for December 10-14 reveal fans can expect another rollercoaster week for the residents of Salem. A custody battle intensifies when new information surfaces. Lucas (Bryan Dattilo) says farewell. Another learns a bombshell about a family member and much more.

Julie (Susan Seaforth Hayes) always has good intentions, especially when it concerns the love lives of her family members. Fans have seen Julie’s bold and outspoken reaction to her loved ones getting involved with Gabi.

Her focus will now be on Ciara Brady’s (Victoria Konefal) relationship. That’s right, expect Julie to confront Ciara about her relationship with Ben (Robert Scott Wilson). It will be interesting to see how Ciara responds. After all, she is just as much as a spitfire as Julie, so things could get intense between the two.

As fans discovered, Bryan Dattilo won’t be seen on screen. His character, Lucas, is headed to Europe. On Tuesday’s episode of “Days of Our Lives,” spoilers reveal that he will say goodbye to family and friends. However, viewers can expect him to return. In the latest issue of Soap Opera Digest, it is teased that he is already back filming, which means Lucas will return before summer 2019.

On Wednesday, December 12, Holly’s custody will get more complicated. Before her death, Nicole (Arianne Zucker) told Eric (Greg Vaughan) to take care of her baby. However, Justin Kiriakis (Wally Kurth) delivers a letter that names Chloe (Nadia Bjorlin) as the one to raise Holly.

On Thursday, December 13, expect Sonny and Leo’s wedding to be interrupted. Will this be what puts an end to Leo’s blackmail? Or will it complicate things even further?

Also, Kayla (Mary Beth Evans) will inform Tripp (Lucas Adams) about Steve (Stephen Nichols). This leads to Tripp comforting her as she tries to remain strong.
Regarding Eric, he will share his excitement about Holly. However, due to Nicole’s letter, his joy and plans could come to a screeching halt.

“Days of Our Lives” spoilers for Friday, December 14 reveal several bombshells. Julie will snoop around in Gabi’s bedroom. After promising to help Abigail, Julie hopes to find something that will prove Gabi is up to no good. However, Julie isn’t the only one sneaking around. Abigail will end up breaking into Kayla’s office.

As for Gabi, she and Kate (Lauren Koslow) will brainstorm a new scheme to make Stefan DiMera (Tyler Christopher) pay. Meanwhile, Stefan gets Abigail released from Bayview.

Other spoilers for the week of December 10 tease even more drama. Ted tells Rafe (Galen Gering) he is having an affair with Hope (Kristian Alfonso). Eli and Lani (Sal Stowers) come out as a couple. Maggie (Suzanne Rogers) is told about Nicole’s letter, which could change everything. In fact, it causes Eric to confront Brady (Eric Martsolf) and Chloe about Nicole’s wishes.

Keep watching the NBC soap and check back with Soap Opera Spy for the latest “Days of Our Lives” spoilers, rumors, updates, and news.