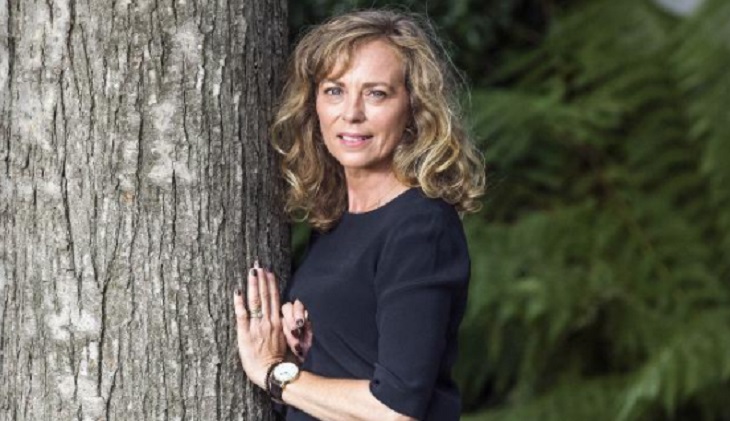 This isn’t the first time that actress Annie Jones has reprised her role in Neighbours, but also made a guest appearance on the show in 2005 for the shows 20th anniversary celebrations.

Before this, Jane was a regular character between 1986 and 1989, and is probably best known for being a close friend of Charlene Mitchell – played by the Australian legend Kylie Minogue.

Jane entered the show as a nerdy book lover, which gave way to her iconic nickname. She then underwent a stylish makeover and even becomes a model.

The geek who turned chic is set to return to Erinsborough with some unfinished business. Neighbours producers recently teased that an iconic 80s character was coming back to make trouble with Paul – will their storylines overlap?

Talking of Annie, Stefan Dennis – who plays Paul Robinson – said: “This is going to sound terribly gushy, Annie is just the same as she was on the show 30 years ago – kind, funny and just a beautiful person to be around.  I’ve loved having her back on set.”

Annie too was excited about her return, stating, “I was absolutely thrilled to be asked to return to Neighbours. As an actor, the best thing you can be is a working actor. I’ve done a lot of guest roles but usually very short lived so this has been lovely to come back for an extended period and really get my teeth into a part.”

Neighbours executive producer Jason Herbison added, “Annie is a beloved star from the golden era of Neighbours and we are honoured to have her back on the show. She had a very interesting take on what her character Jane might be up to nowadays and we incorporated it into the storyline. There’s warmth and nostalgia yet also a very fascinating character journey.”

Fans can see Plain Jane Superbrain return to their screen in April this year!

The Young and the Restless (YR) Spoilers: Sharon Faces Another Crisis – Chelsea and Kathy Suspected of Assault