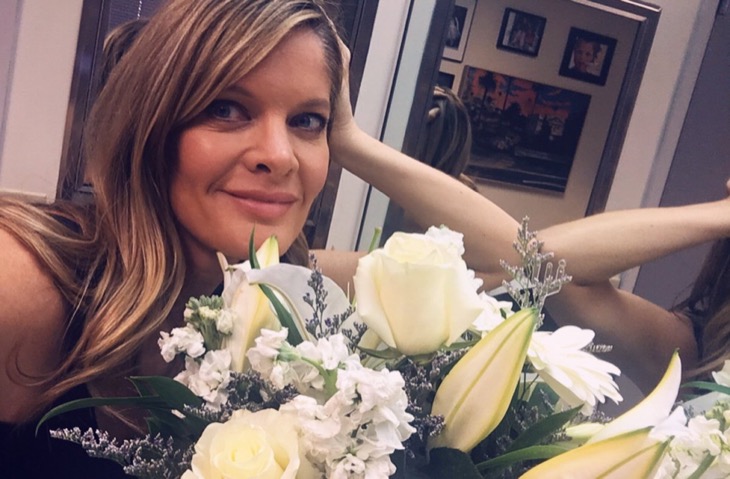 Of course, General Hospital viewers know Nina Reeves, Michelle’s TV counterpart runs Crimson Magazine, which is heavily into the fashion industry and keeps a stock of the latest ladies’ fashion for her models to wear in their photo shoots. In addition, with her fashionista assistant’s name being Maxie JONES (Kirsten Storms) and Drew Cain’s (Billy Miller) and Sam McCall’s (Kelly Monaco) little girl being named Emily “SCOUT” Cain (Palmer and Poe Parker) you could say that not only is art imitating life, life is imitating art as well for Michelle and her new clothing line.

Back to the new company she’d like her fans to follow as well as her Skin Nation Beauty line, Michelle has several stunning dresses that are being introduced. One is called “The Firecracker” and it certainly lives up to its name! A second dress is called “Sure Thing” and it sure looks like a sure thing! Then there’s one she humorously calls “The Not Naked Naked Dress” which is obviously a flesh colored piece.

This is our “not naked naked” piece. #scoutandjones