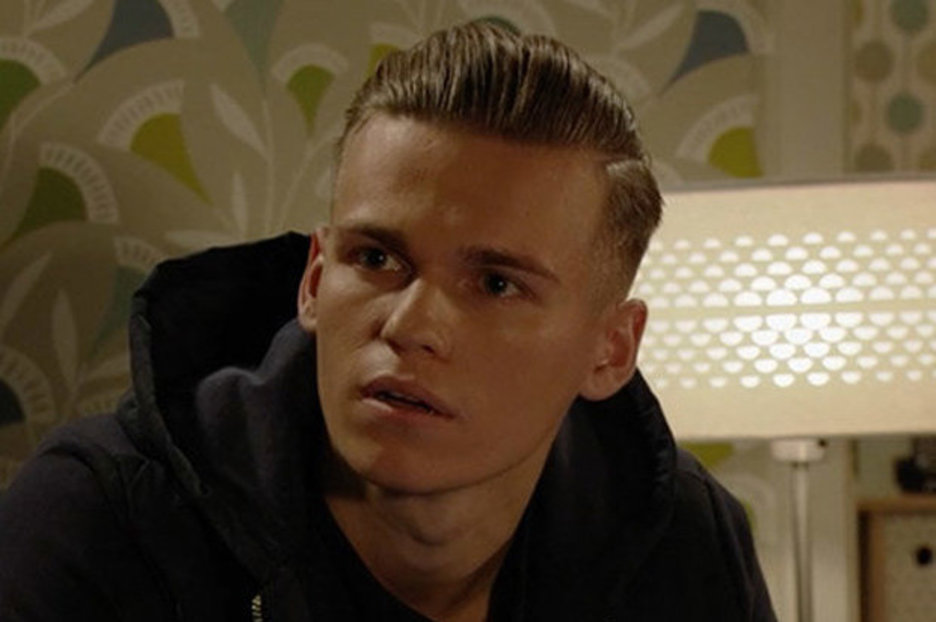 Eastenders spoilers reveal that Hunter (Charlie Winter) is about to discover the shocking truth about Ray after he drops a major bombshell on him! As a matter of fact, Ray (Seán Mahon) will let his stepson Hunter on a secret that no one definitely saw coming.

The teen will be preparing to tell his mother his suspicions about her ex. But when Ray discovers that Hunter is on to him, he takes matters into his own hands. He even goes as far as to take Hunter for a drink at the E20 and tells the young man exactly what he’s been hiding this entire time.

Ray might not be telling the entire truth, but it’s enough for Hunter to be concerned. And now he has a decision to make – he can either protect Ray and his secret, or totally blow his cover by going to his mother with this new information that he has.

Monday 1st October: Ray takes Hunter to E20 for an important chat about what he’s been up to! Ray buys Hunter drinks as he tries to talk him round, and Mel is shocked when she walks in to find her teenage son drinking! #EastEnders @bbceastenders pic.twitter.com/xgtlTx1ZHr

Unfortunately, Ray has gone one step too far by getting Hunter pretty drunk during their night out. Mel is furious when she sees what’s going on. And while she’s focused on the fact that Hunter is underage and drinking, there’s a bigger problem that she will have to deal with soon enough. Mel has her suspicions too, but this might ultimately break them apart forever. Fans will have to tune in to find out what will happen next!

Eastenders airs weeknights on the BBC network and is available on Britbox in the United States. Check your local listings for times. In the meantime, let us know what you think by leaving us a line with your thoughts in our comments section below. And as always, don’t forget to check back with Soap Opera Spy for all the latest news, updates and spoilers on Coronation Street and Eastenders and all of your favorite daytime television shows right here!

And as always, don’t forget to check back with Celebrating the Soaps for all the latest news, updates and spoilers on Eastenders and all of your favorite British soaps right here!