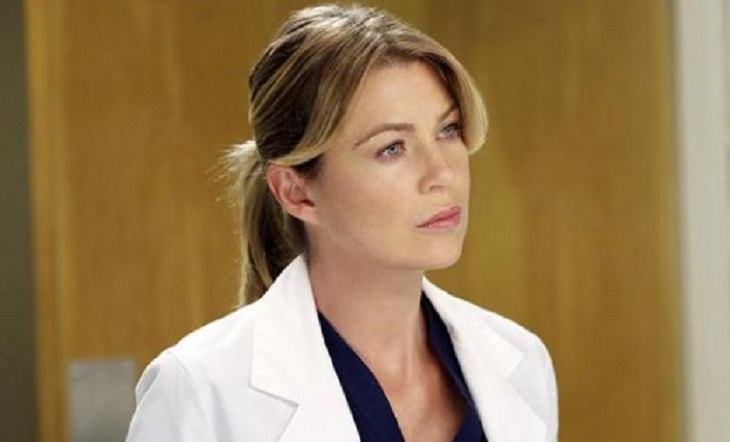 Grey’s Anatomy spoilers tease that Meredith may not fall in love during Season 15. The Grey’s fans have wanted her to have a steamy love for quite some time, but the showrunner, Krista Vernoff told TV Line that it wasn’t going to happen.

So, what will happen during the second half of Season 15? Jennifer Grey joined the cast as a series regular and she will challenge Meredith in ways the fans never saw coming.

Meredith has needed a romance for a while. She has had several promising relationships, only to crash and burn. The fact is that no one compares to Derek (Patrick Dempsey), so finding another great love, may be very hard for her.

Right now, she isn’t clicking with anyone enough for the show to invest in a relationship. Krista teases that DeLuca or Link could work out in the end, teasing a love triangle would be in the works for Season 16. If love isn’t in the air for Meredith, what’s ahead for her?

Jennifer joined the cast as a series regular for the second half of the season. The press release revealed that her character, which is unnamed, will become competition for Meredith. She will challenge her in ways she didn’t know she could be and it will shock the fans greatly.

Many will remember Jennifer Grey as Baby on Dirty Dancing. She is now all grown up and many will not even recognize her.

Are you happy that Meredith isn’t going to rush into a romance? Are you excited about Jennifer Grey joining the cast? Don’t forget to come back later for more Grey’s Anatomy spoilers, news, and casting updates!